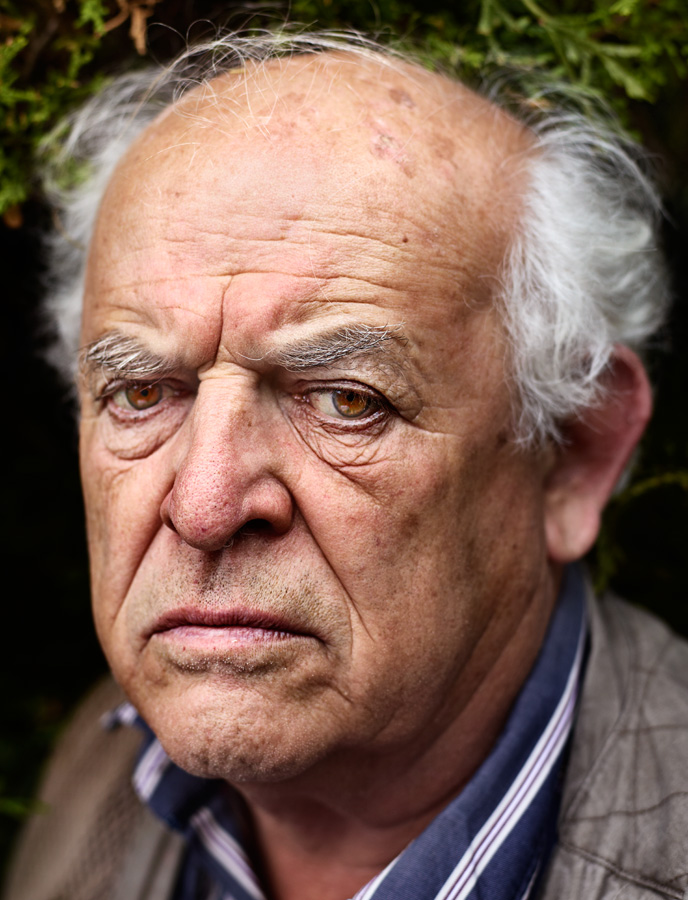 A call from Esquire creative director David McKendrick late in the afternoon of Wednesday 7th August. Pure hundred percent Scot. Calls everybody ‘Big Man’, regardless of gender. Big man, wee man, the last time I saw him he was wearing a tartan pashmina.

“Big man, ah’ve got something nice I’d like ye to do. A wee film of Ralph Steadman but it’s quite complicated in terms of how we want ‘e do it. Can ye come in and meet the team for a wee chat.”

Sounds great. How about Friday, two days from now?

“Ach, no can do, Big Man. Friday is the day we need to actually shoot it.”

Right then. Tomorrow morning it is then.

Following morning, off I trundle to London. I live out in the country now. Trips to London aren’t difficult but they’re a day out. I need to take sandwiches. Well, not sandwiches per se, more like my phone charger and a book.

In the meeting it’s explained that Esquire is to launch a weekly iPad version of the magazine. Original content, top deck material. They want me to produce two films; one for the iPad edition and a separate one for the website. We are to drive down to Steadman’s place in Maidstone, Kent, the garden of England, bottom right hand corner of the country. Does he know we’re coming? He’s expecting us. It’s all set up. It. Is. All. Set. Up. Honestly, it really is.

We arrive at 11am on the Friday. There he is, pen in hand, still scratching a living with bottles of ink and nib dips after all these years. We’re guided in to the studio and the over riding vibe is one of slightly impatient tolerance, lets knock this off and get done with it. I need to have a glass of wine and a rest. Steadman’s wife, Anna, seems to dictate the pace. Thinking back on her now, she reminds me of Anna Massey. Precise, detailed, clipped, curt and circumspect.

The response to the film cameras (we have two) is not good. He goes along with my desire to film him but there is a light dusting of schoolboyish belligerence to his cooperation . He oozes a kind of quiet hostility and more or less refuses to do anything I suggest, no matter how benign. I’m starting to get the feeling that he is not into this at all. I don’t know, maybe my ideas were crap. However, I’m self aware enough, insecure enough and critical enough to know if something I think up is crap, but then again, just because you’re paranoid it doesn’t mean they’re not out to get you. 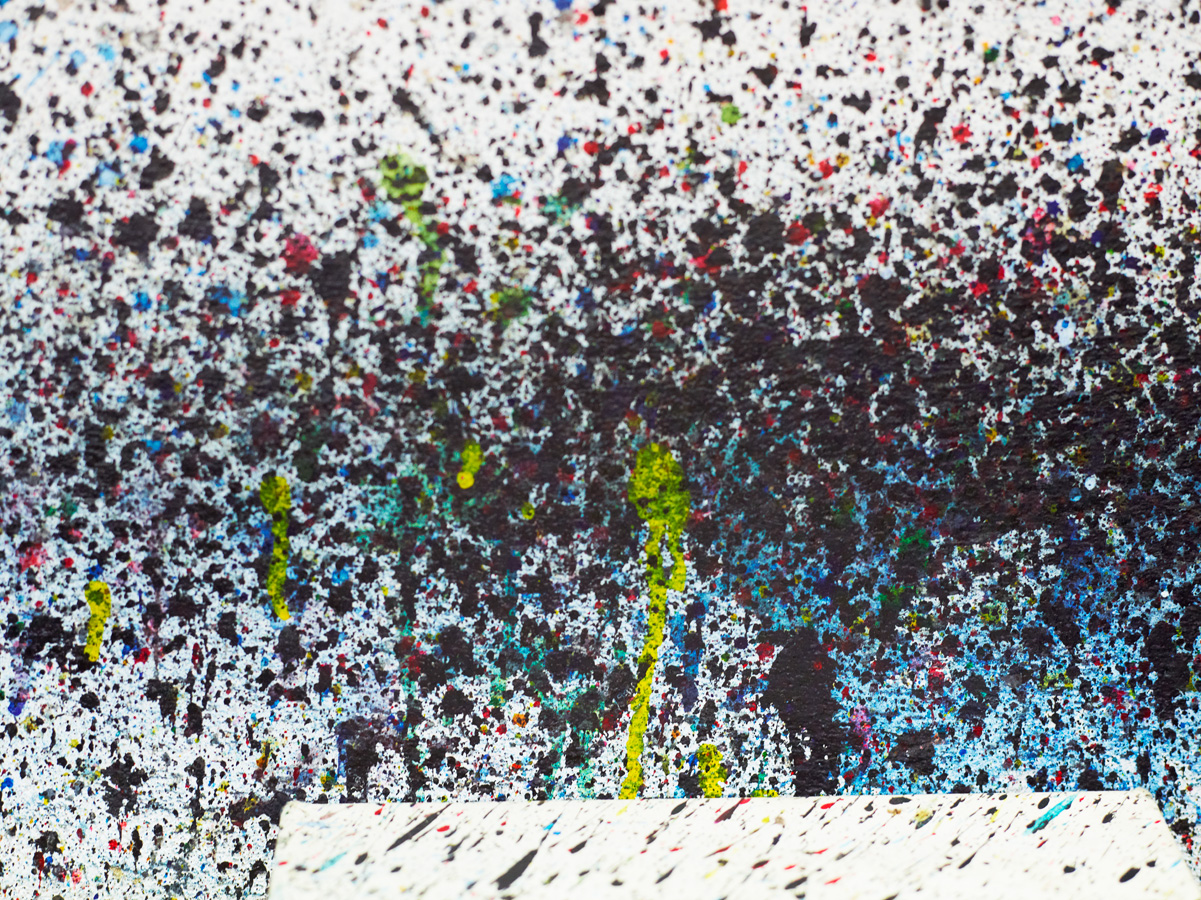 The reality of making a film is that it requires the attendance of lies to construct an idea of (subjective) truth. For instance, we see a man enter a room playing a ukelele. We see him come into the room through a door. We see the back of him walking away from the door further into the room. This is a falsity. We are seeing two opposing points of view almost simultaneously. In real life this is not possible. One viewer could not move fast enough from the first point of view to the second. We have but one pair of eyes and our feet have not yet evolved to make this notion a reality. So here is the beauty of storytelling with film. We can see all sorts of points of view in the same moment.

The practical reality is that the same moment needs to be filmed several times from several angles in order to cut together, in the editing room, this simultaneous moment. So when I ask the man playing the ukelele to do it all over again for me, he comes in perfectly once more, playing the same tune perfectly, only he’s not playing the tune on the uke. He’s playing it on a harmonica.

How exactly the fuck am I supposed to cut this moment together now? These few seconds in time? What’s this? I haven’t come here to make The Matrix. I’m working in linear time. Steadman’s running on lateral time.

And I realise, the bastard’s screwing me. I’ve only gone and brought a conventional army to fight an assymetric war. 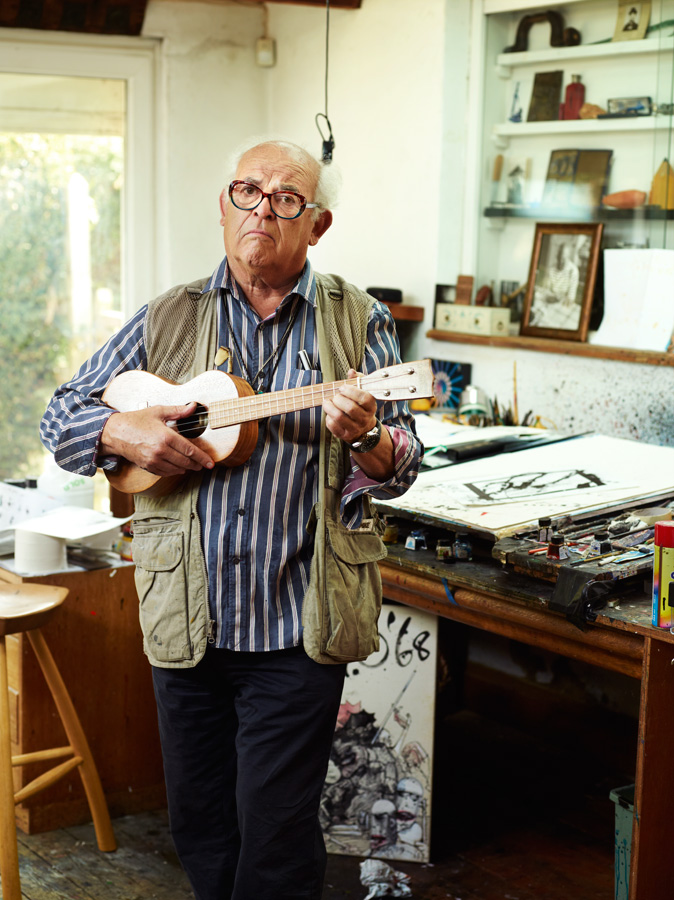 It’s fast becoming a disaster. Nothing is going to come of this. Only yesterday the whole thing seemed so promising. What is going on? Why invite people in and then wilfully block them at every turn? We are here to produce good things. Good work, with soul. Nothing doing, we’ll have to fight back before this ship goes down with all our dreams on it. I manoeuvre my subject onto the stool by his desk, hit the record button on one camera, quickly check the focus then deliberately move away from it and start to talk to him. David, my sound man, twigs what’s going on and smoothly slides the boom in over Steadman’s head. Jonas, the DoP, finds a good angle with the second camera and we are up and running. Steadman softens sufdenly and opens up about his life, his mother, his father, Hunter S. Thompson, people in positions of power and a randomosity of other topics. I let him take it where he wants, occasionally pulling him back to something closer to my intended and hoped for direction. Once he gets going he barely pauses for breath. And boy, does he get going in the most wonderful way.

Soon after, Anna comes in and pulls me to one side. All becomes clear and what’s clear is the reason for the difficulties of earlier. Turns out the publisher of his new book, who had arranged this whole day, had emailed the Steadmans the night before to tell them of our desire to make the film(s). Mrs S. hadn’t read the email and had it that we were there to “do a quick snap of Ralph” and clear off. The sight of 5 guys in 3 vehicles had verily tipped her over the edge and for the first couple of hours thought we were tearing the back end out of the whole thing by imposing in such a heavy handed way. Ralph needs to rest. Gracefully, she apologised and from then on we were made to feel more than welcome, to the extent that, by the end of the day, there was barely enough room in the car for all the signed books and improvised pieces of art he gave me to take away. It truly was a game of two halves and a beautiful insight into the mind of a complex and brilliant man. 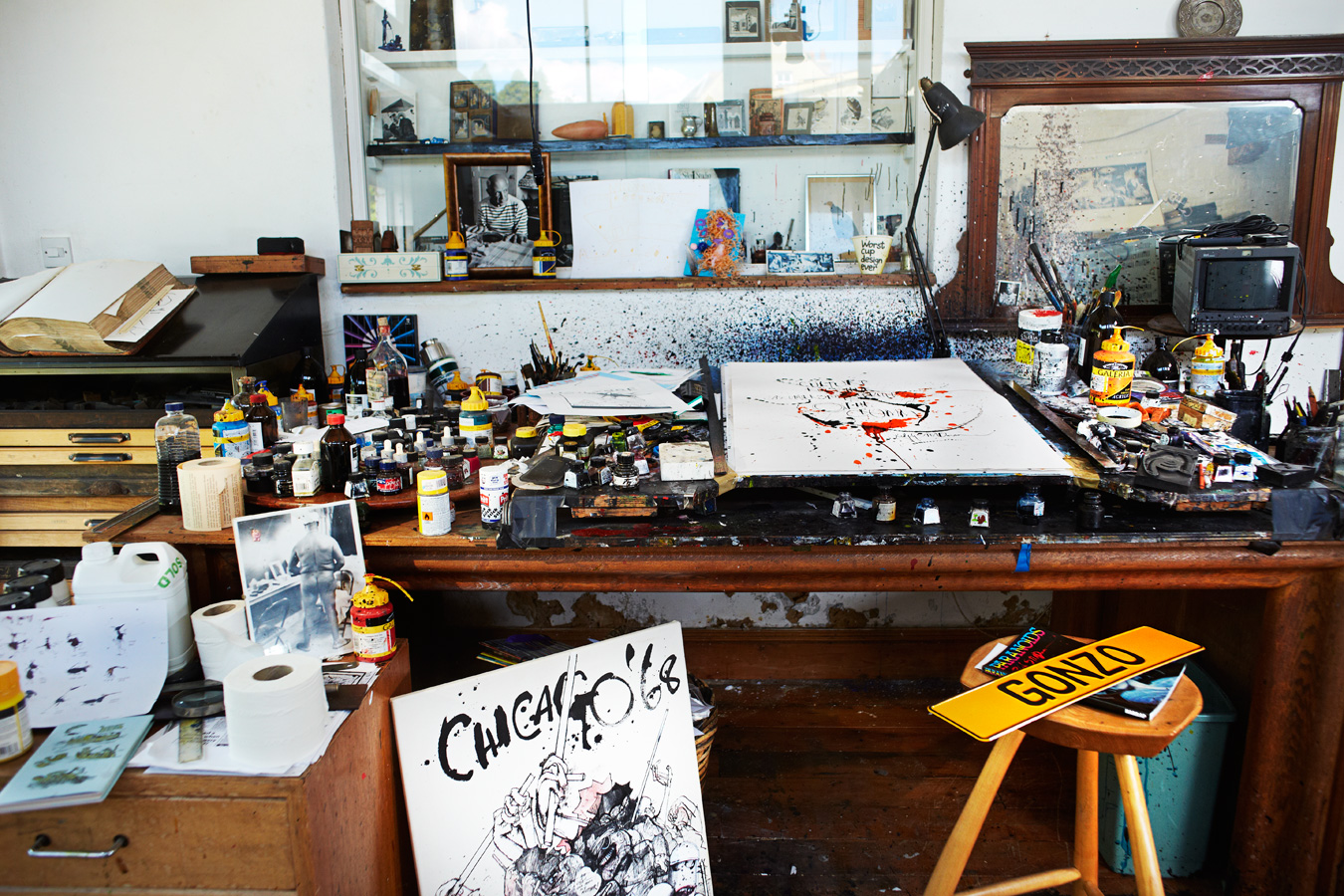 Now with a willing subject we could get on with it. He still wouldn’t do anything twice though, which makes for a tricky way to make a film. Still, with some clever editing and judicious use of voice over it all came together ok. The element that I am most happy with is the soundtrack. Each film has soundscapes made from the sounds in Steadman’s studio. His icy nib scratching ink on to the paper, the wind chimes by the door, the shutter of the camera fixed above his desk that he uses to snap pictures of his work with, the clink of ink bottles, him playing the ukelele and harmonica. We took all those elements and broke them down and looped them into a rhythm track, with the heavy dob of an ink splat on paper being turned into a repetitive bass drum part.

These two films are thin volumes, little companion pieces, sketches really. The best you can hope for from only a few hours in someone’s company. On the day I hardly got to know him at all. Beaten up and bashed around, in the editing room I got to know him inside out. A Friday afternoon in August, the dog days of summer, an old man in his winter, the face of benevolence with the mouth and mind of a still sometimes angry man who sees lots to be angry about, still scratching out a living.