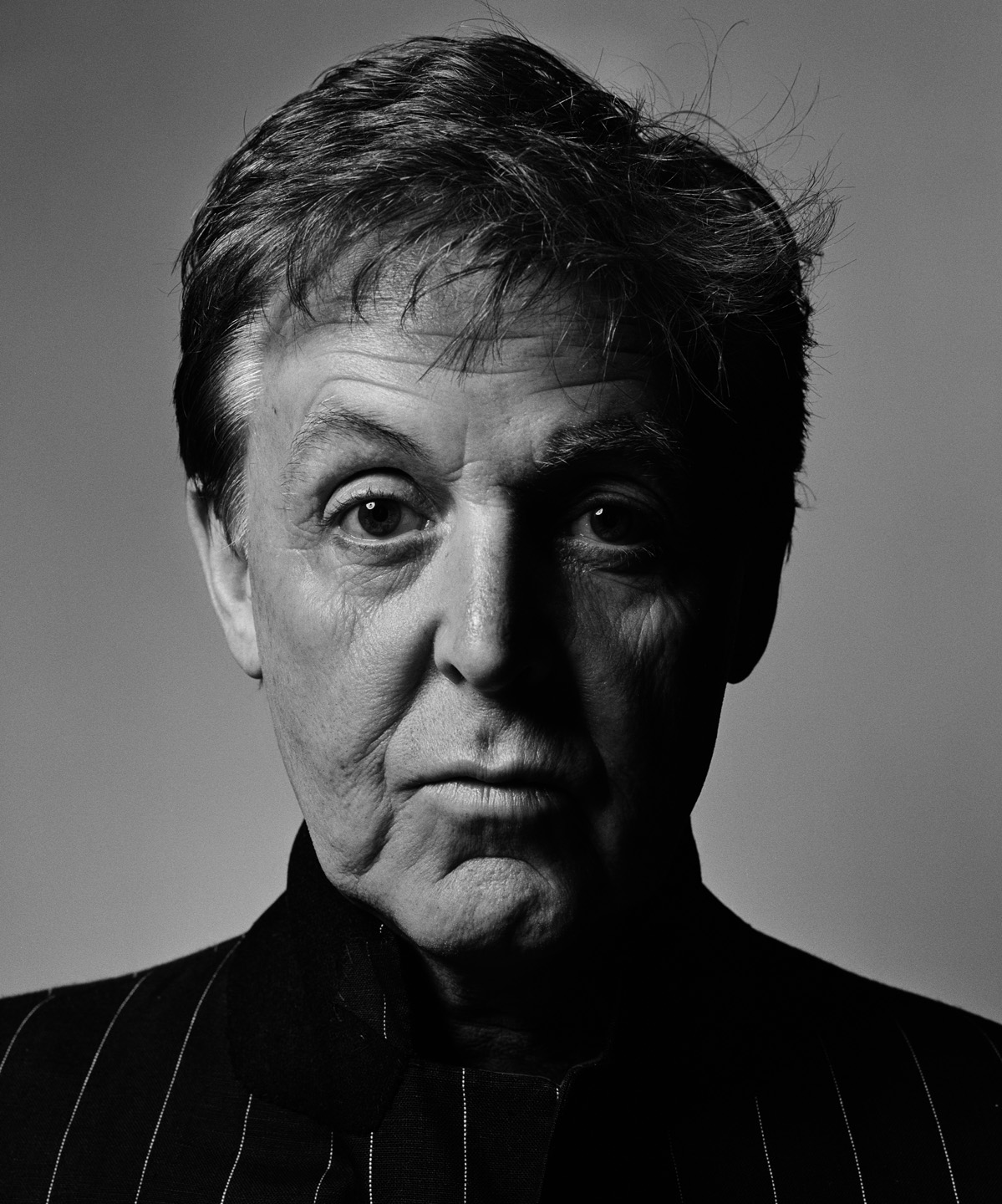 Late March 2003, a Friday, I am living in New York City. Been here for almost three years, my trips back to London confined to Christmas and the two months in the summer when the concrete and glass serves only to exacerbate the fetid and oppressive humidity of the place, rat people darting from one air conditioned refuge to another.

All my life, The Beatles have been here. They saturate my earliest memories. A babysitter playing ‘Help’ on my dad’s stereo that lived inside a glass cabinet. Just the sound of ‘The Night Before’, the reverb, colours my impression of the sixties as a time of space, light and opportunity. Young men bombing about a deserted late night London in Minis, with beautiful girls in mini skirts and knee high boots, before going back to Habitat flats with record players on the floor. Who cares if it was true. The records made me feel like it was.

I became obsessed with everything about them: their accents, their wit, their hair, especially their hair. Even today I can have deep conversations with like minded types on what defines peak hair for The Beatles. My thoughts on this can change from one day to the next but widely speaking I put it somewhere between mid 1965 and early 1966 – from the making of Rubber Soul to the making of Revolver. Although, interestingly, I think Paul McCartney had a hair resurgence during the recording of the White Album. For Lennon, I think peak hair could be the Rubber Soul sleeve.

David Bailey’s iconic 1965 portrait of Lennon & McCartney was both my photographic and musical ground zero. There are plenty of other great pictures of them but there’s nothing that comes as close to capturing that mid-sixties stylistic & monochromatic graphic austerity. Its insouciant directness like a one note symphony, we don’t need all that other rubbish that came before.

Now here I am in London in late March 2003, a Friday, over from New York just for this one thing. I’m in the tenth year of my career as a photographer and I have been commissioned to photograph McCartney. All the way over on the plane, all the way here in the car I keep telling myself that this is one of those things I’ve wanted to do all my life, one of those reasons why I became a photographer. Stay fixed on what you want to do. I’m clear about what I want to do.

He’s rehearsing with his band in the now demolished London Arena. I have been told to arrive at 8am and set up in time to shoot McCartney at 10am. I have been guaranteed half an hour with him. 10am comes and 10am goes. My assistants and I sit around for hours, mere yards from McCartney as he runs through song after song with his band, his entire live sound set up being given the full workout. My own private show. I die contented.

Finally, around 5pm I am told that he is ready and he comes over to my pop up studio in the middle of the seatless auditorium. We are maybe three minutes into it, I am barely even out of neutral and into first gear when he says,

“Sorry, I’ve got to go…doing a live thing at the BBC. You’ve got enough, yeah?”

“But I was told we’d have half an hour.”

“Yeah I know but I just got behind on it all today and this BBC thing is live, so I’ve really gotta go. Anyway, you’ve got enough haven’t you?”

“Well not really, no, and to be honest I’m a bit disappointed. I came all the way over from New York for this. I was told to be here at 8am and ready at 10am, which I was. I sat here all day right in front of you and now you’re telling me you have to go.”

“Oh wow, blimey, ok, fair enough. Look I’ll tell you what. Can you come back on Monday? Will you still be here? I’ll give you half an hour then. Leave all your stuff here over the weekend, it’ll be safe.”

We shook hands on it and as he gathered up his bag and coat I had the pleasure of this colleague like exchange with one of the most famous people to have lived in the twentieth century:

“Bye then, Paul. Have a good weekend, I’ll see you Monday.”

All weekend I realise that in a way I have the advantage now. He’s bound himself to a commitment, I’m getting my half hour. Normally, in this world, there is a formula that allows you to work out what you will actually get compared to what they say they’ll give you. Divide time promised by 2 and subtract 5 minutes. Hence, 30 minutes really means 10 minutes. It’s not cast iron but it’s a good guide. Come Monday, I’m going to make sure I get my half hour.

McCartney’s publicist is there to smooth things out. All is fine. Time is no problem but he’s not wearing the right clothes. I beg him to put on a dark round neck jumper and a dark grey pinstriped jacket on top of the white t-shirt he’s turned up in. I don’t want light, I need dark. He obliges willingly. We go over to the studio set up to start and he’s in a good mood.

I know what I want. All through his life James Paul McCartney has been an ambitious 1950s Liverpool grammar school boy. Even now he’s still an ambitious 1950s Liverpool grammar school boy. He’s competitive, focused and, I’m certain, ruthless. His persona, his public persona, the one we all know, that’s a front. I don’t think it’s a conscious front, it’s a part of him as much as his hands are a part of him, but it’s something he’s developed through his life that he can deploy to get what he wants. Underneath all that breezy, winsome charm is a surgical ruthlessness that has kept him and his interests aligned. That’s what I want from this encounter. I want to get that on film.

Our half hour ticks by. I’m getting nothing different from what he’s given every other photographer for the last forty years. I notice that he does this thing where he asks you questions about yourself but then doesn’t listen to a word you say in response. In between these moments he serves up a series of autopilot poses, many of them come with thumbs attached. I’m not kidding, they really do.

Inside, I’m losing altitude, I can see a plane just going down and down and down. The ground’s getting bigger all the time when I finally just say it out loud:

“No, too much. Much too much. Do less. You’re an honest man and you can be sure of your achievements.”

“What’s the matter? You don’t like a bit of whimsy?”

Outside, the second Gulf War is only a few days old.

And like that, it’s all there. The thin layer of sea covering the edge of the beach fizzles into the sand and everything I believed to be concealed underneath is revealed.

The public McCartney we have known all our lives is gone, the eyes narrow and, the thing I remember most, his jawline tightens and clenches. For a few seconds his face has gone from soft marshmallow cherub to steel reinforced granite. Right there, for two frames, locked in silver nitrate, he hates me and I love him for it. 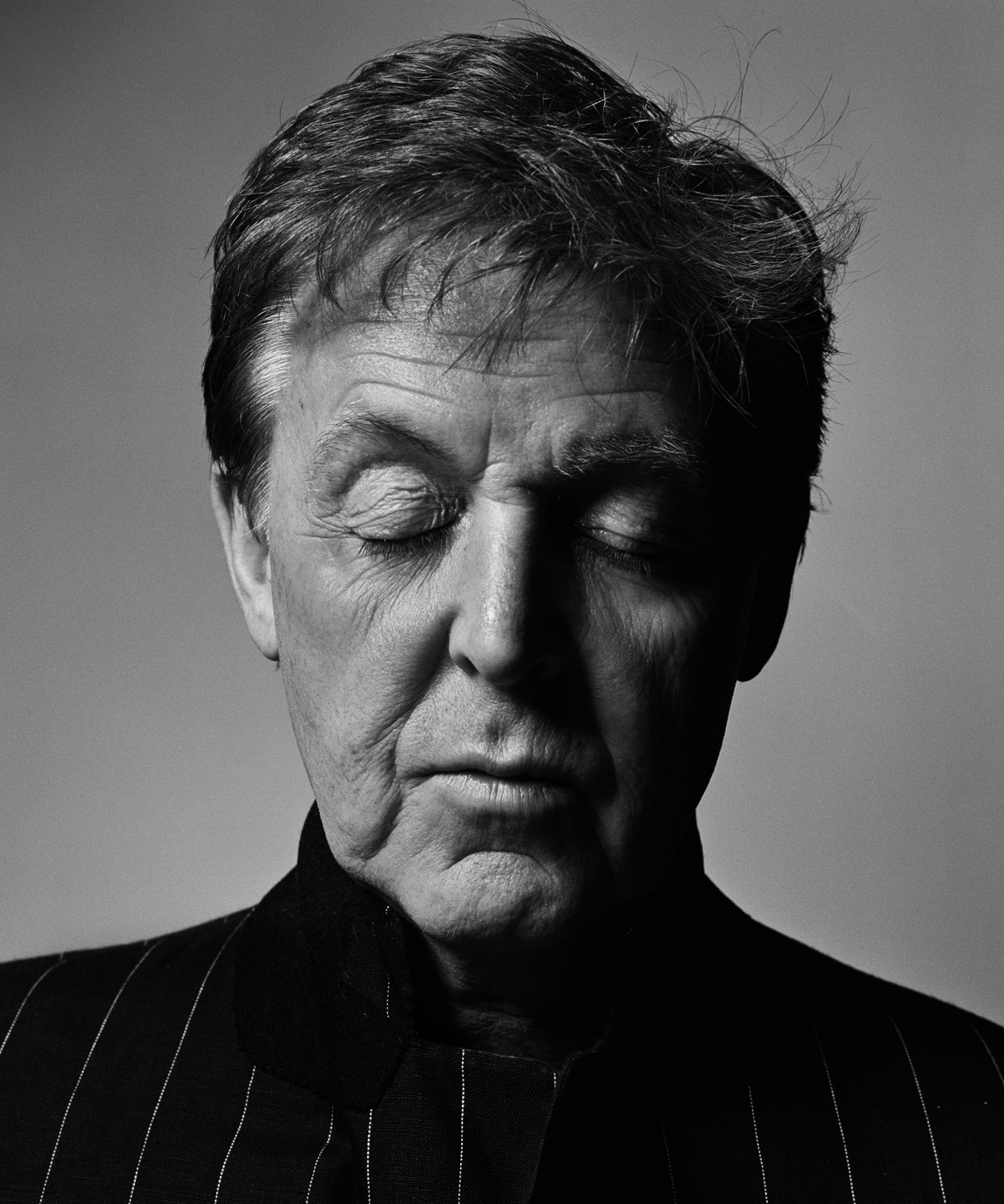