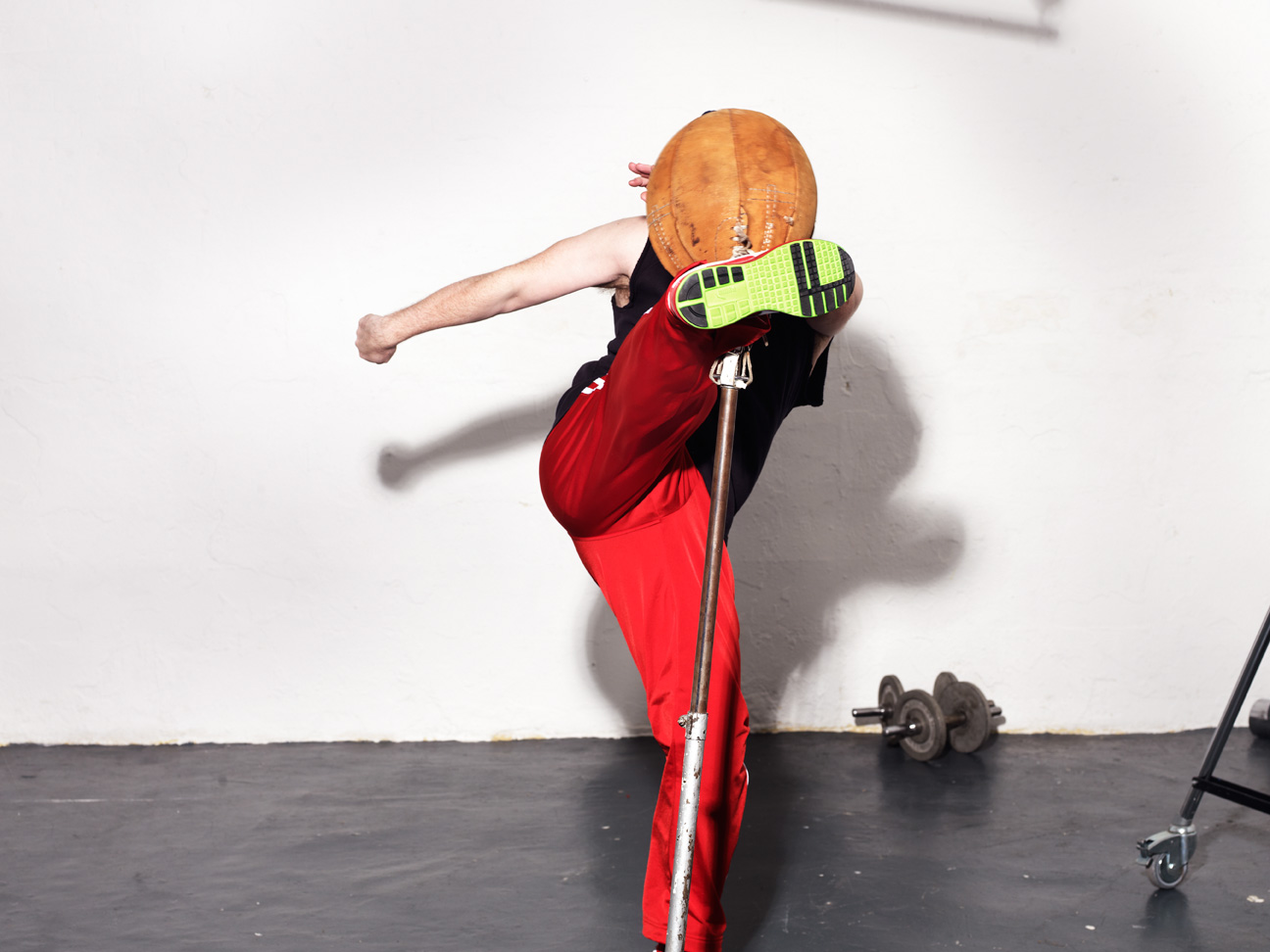 I must give the man some kudos here. With most of the people that I photograph it’s a ‘that’ll do’ attitude that carries them through the process. A collaboration is what I’m looking for but, often, what I get is a muted co-operation. Yeah…go on then, just do it quick. I know one Hollywood publicist whose number one criteria when approving photographers for shoots involving his clients is ‘How quick are you?’

Ricky Gervais, photographed for the American edition of Mens Health on 5th December 2011.

I have photographed Ricky Gervais 5 times and, unlike most, he gives much more. He can be tentative initially, a little wary, but once he has committed to an idea he’s up for it in all it’s forms.

I once photographed him for a Christmas related story, in the middle of July, which involved a terrible sweater and Kermit the Frog. We were trying to make it look like Ricky & Kermit were sharing a laugh together in an old skool Christmas Radio Times kind of way. We shot hundreds of frames and were really struggling with it. He persisted with the inanimate frog for much longer than one would have expected until, at last, he decared, “Wait! I’ve got it, I’ve got it! Whattabout like this?……” 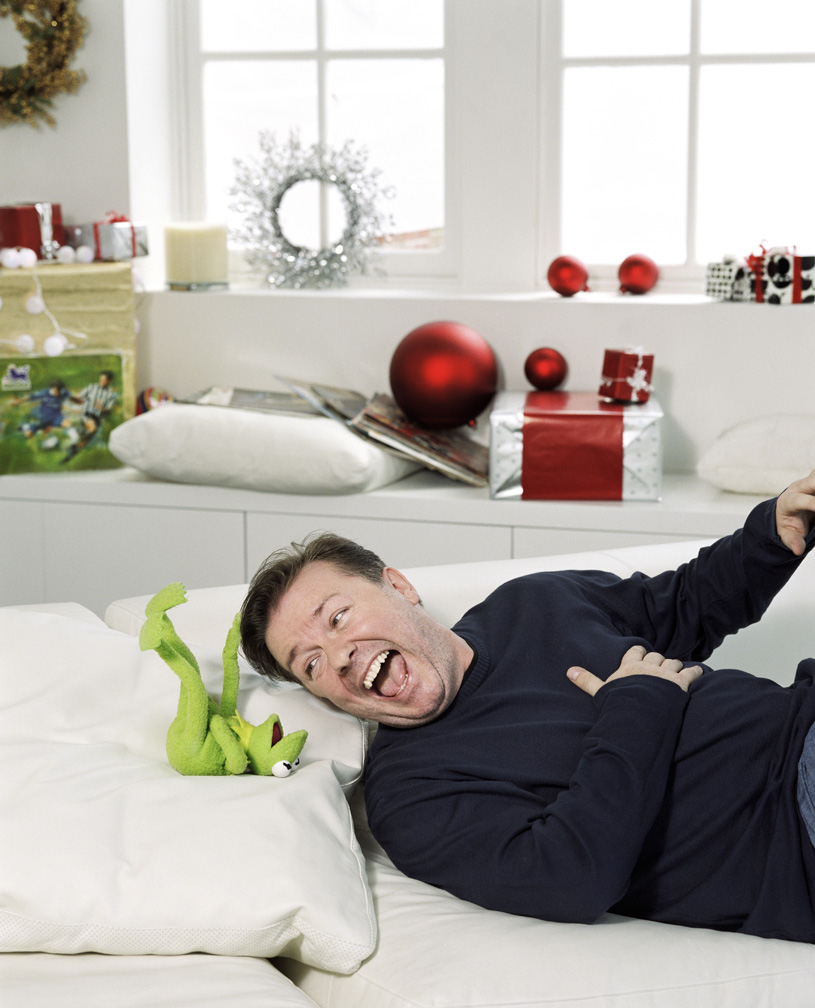 The second time I photographed him was at the Dorchester Hotel in London. I was told I had 3 minutes and when he came in he acknowledged how little time we had been given, so offered to do whatever he could to make it work. I said I was going to recite a list of 1970’s sitcom actors and would photograph his reaction on hearing the name of each one. Number 8 was ‘On The Buses’ star Reg Varney, who I think looks like Gervais in a sort of lackadaisical 1970’s way. Evidently, Reg’s name had it’s own effect on him because it yielded this reaction… 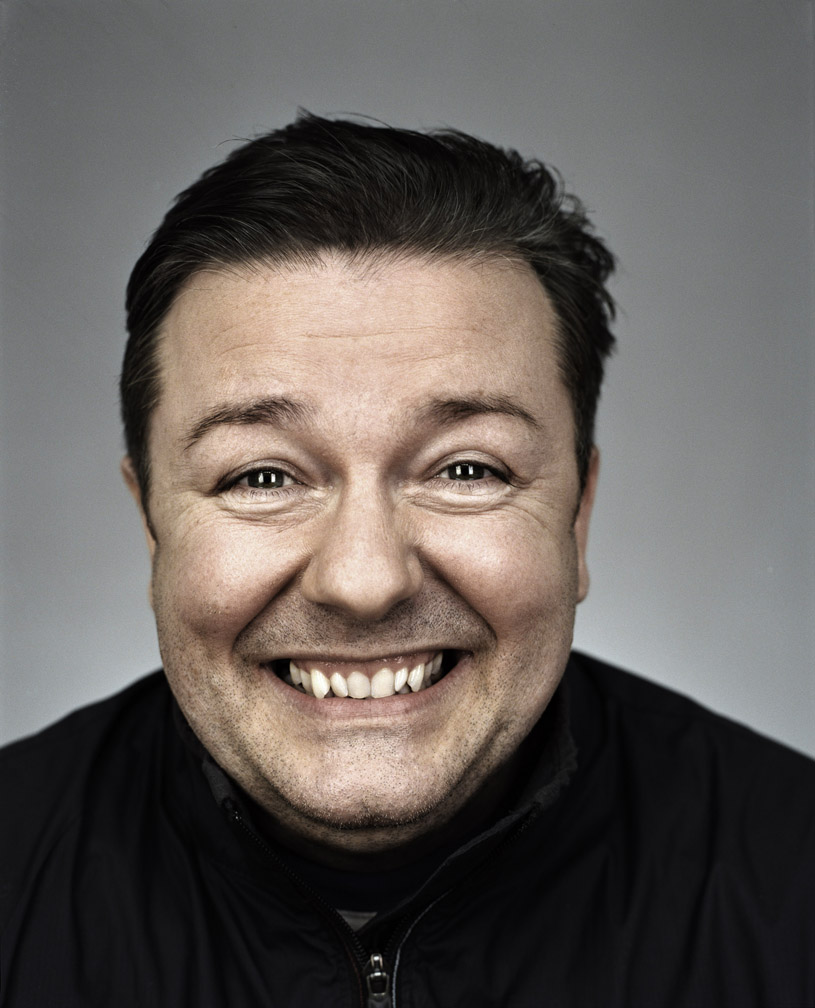 This time we were doing a shoot to illustrate his recent heavy weight loss, brought on by boxing and running. It needed some energy and he really did bring it. He battered that punchball for as long as I exhorted him to keep at it and after each kick he would come to the computer, examine it carefully and then insist on giving it another gountil he felt the image looked right. Here’s what we got….. 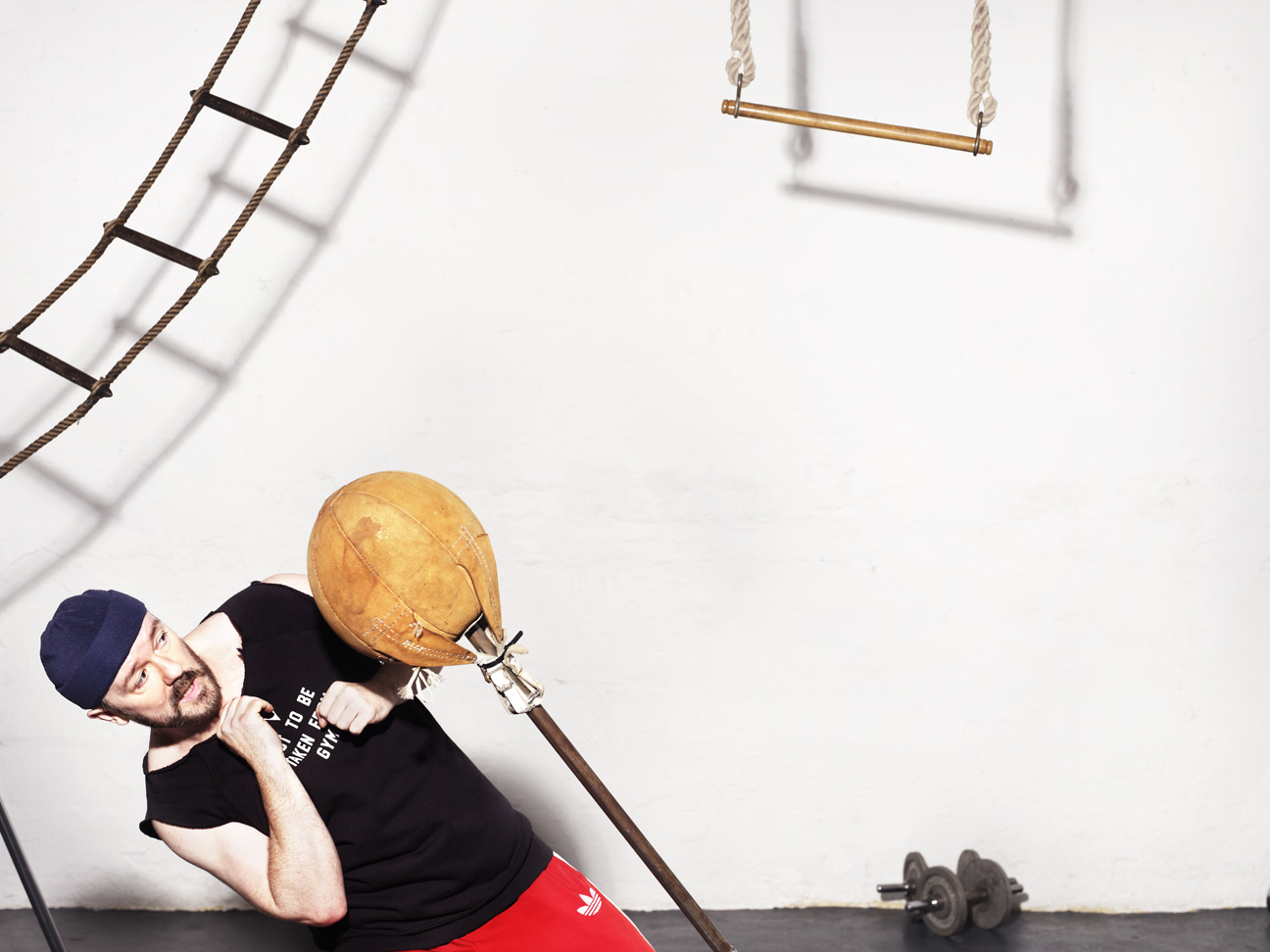 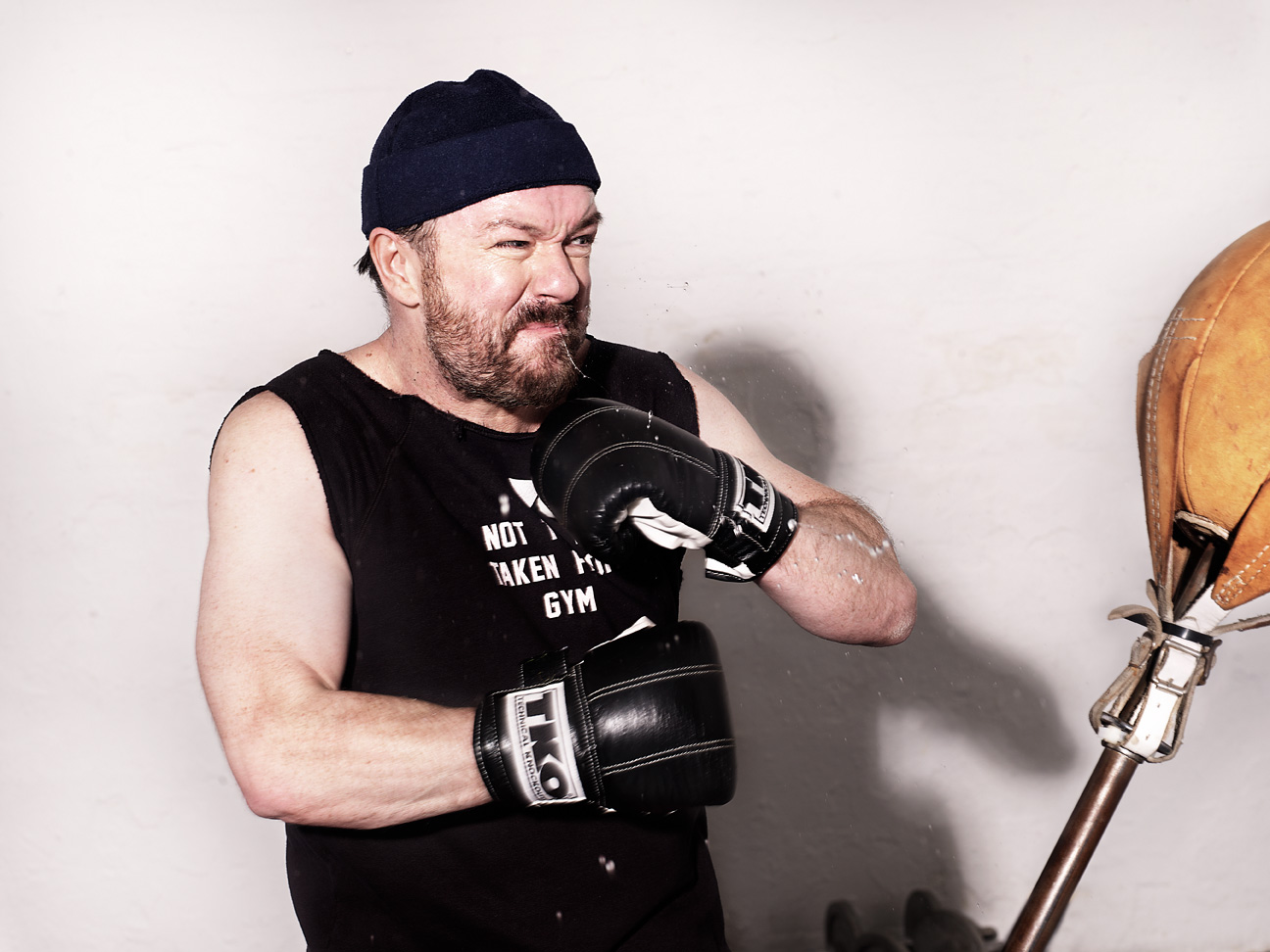 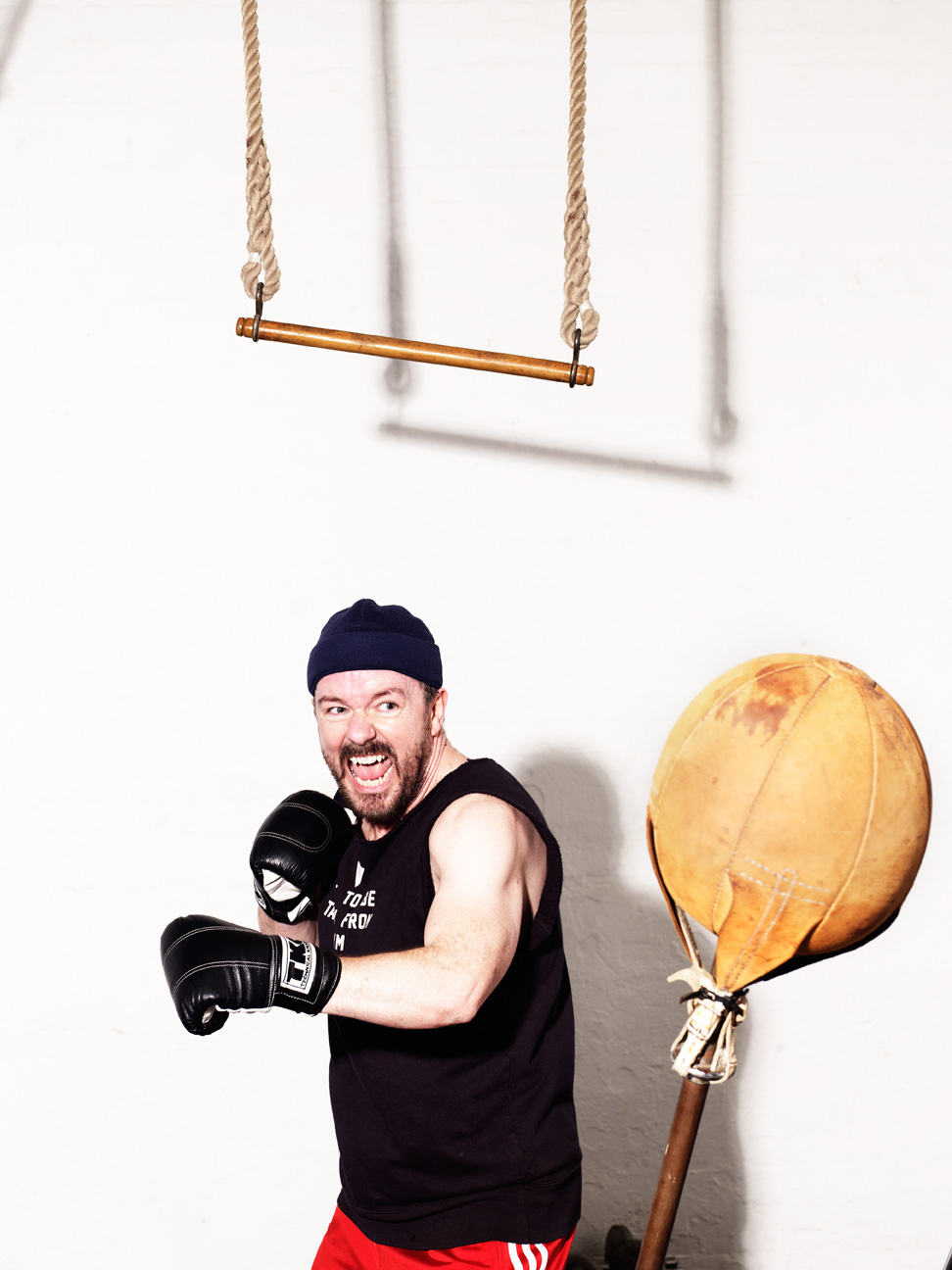 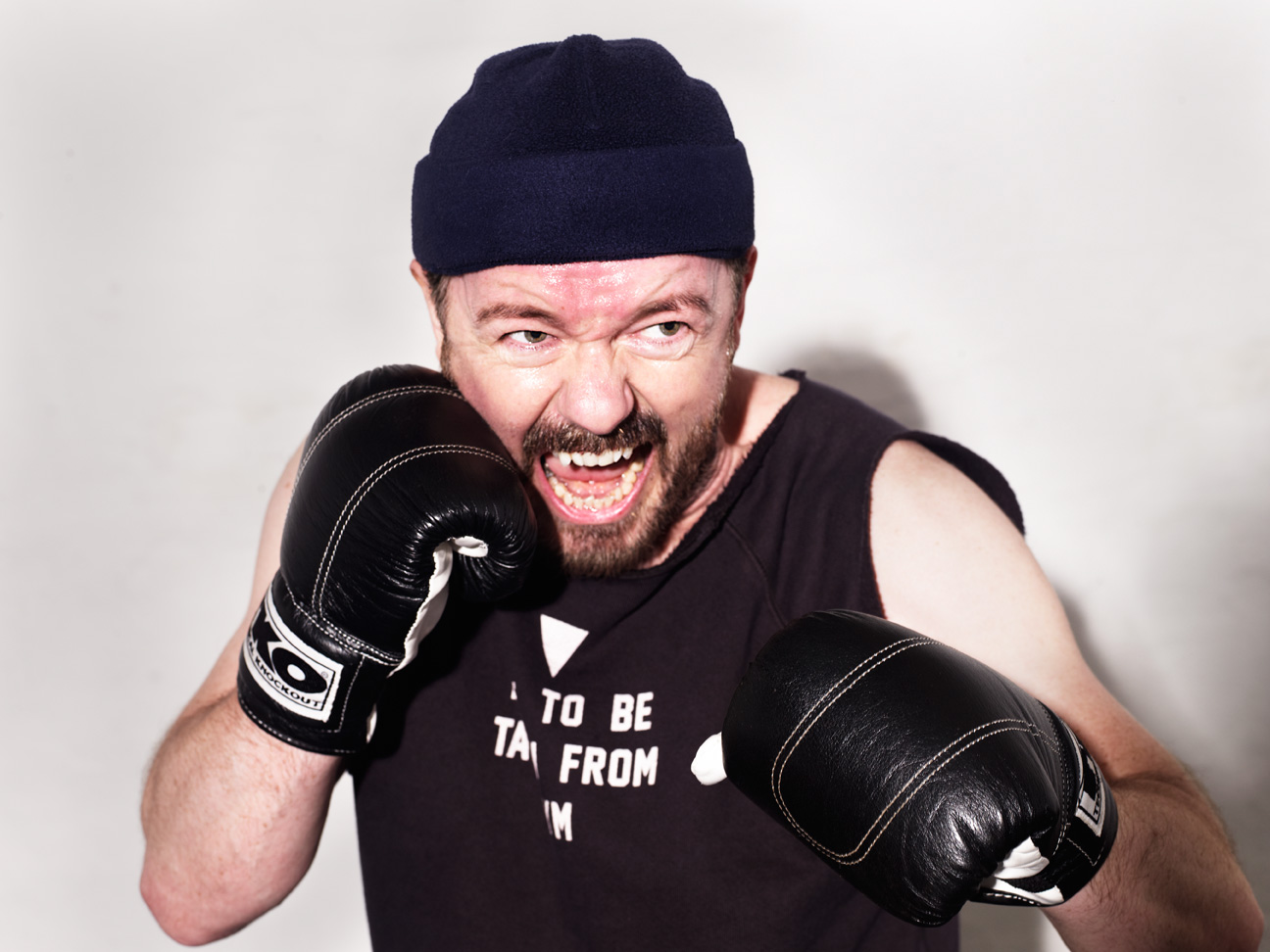