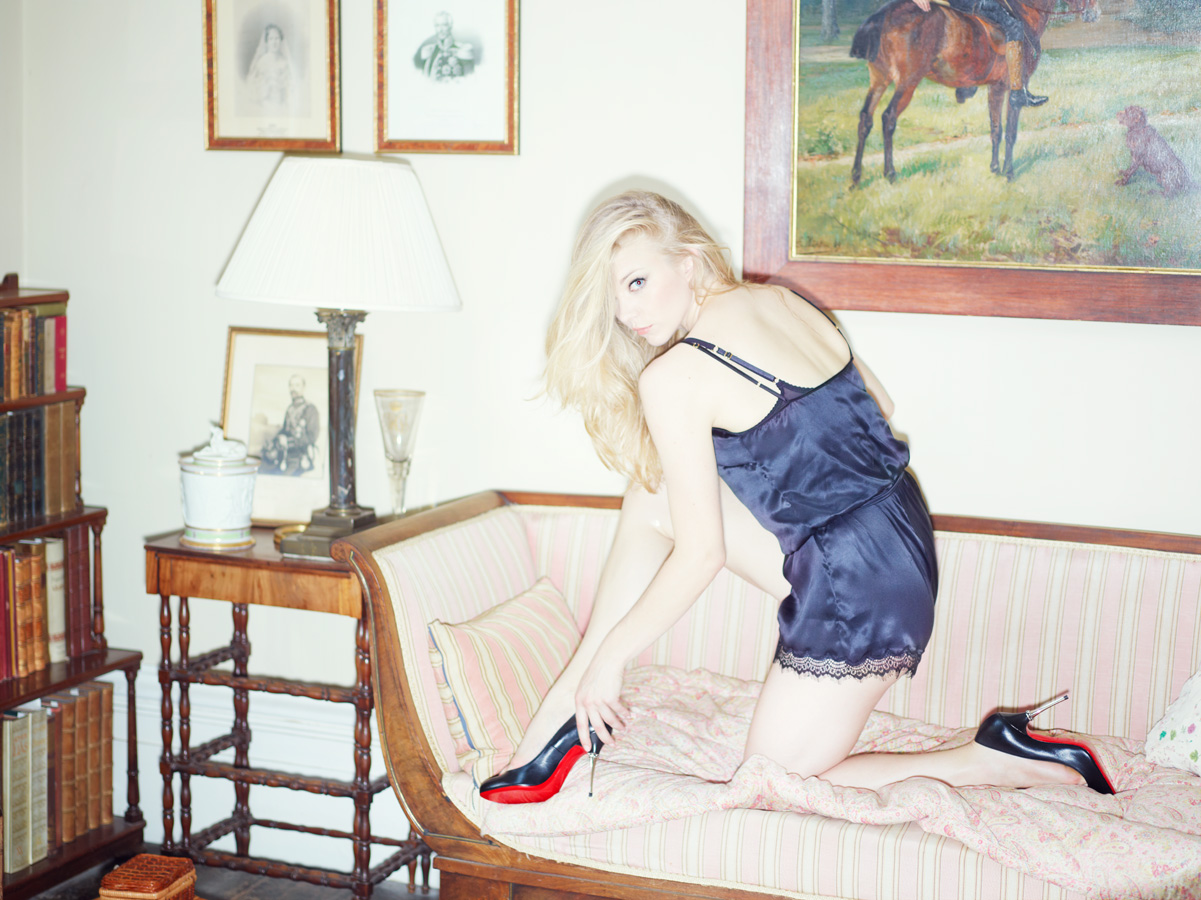 This was commissioned by Henny Manley at British Esquire and is the second time I’ve photographed Natalie Dormer. The first was in 2007, just as her role in ‘The Tudors’ as Ann Boleyn was about to go out. Now she is here to promote her role as Margaery Tyrell in HBO’s ‘Game of Thrones’. She’s a dream to work with. Collaborative, funny, self aware, a fabulous actress and the kind of woman you would rather be in a room with than not be in a room with. A week before the shoot, trawling location company websites for somewhere good to photograph her, I came across a huge house in Barnes, south west London that had a hammock in the garden. I’m not sure why but Issac Newton’s name popped into my head and I started to think about apples and gravity. It was an easy thought to have. 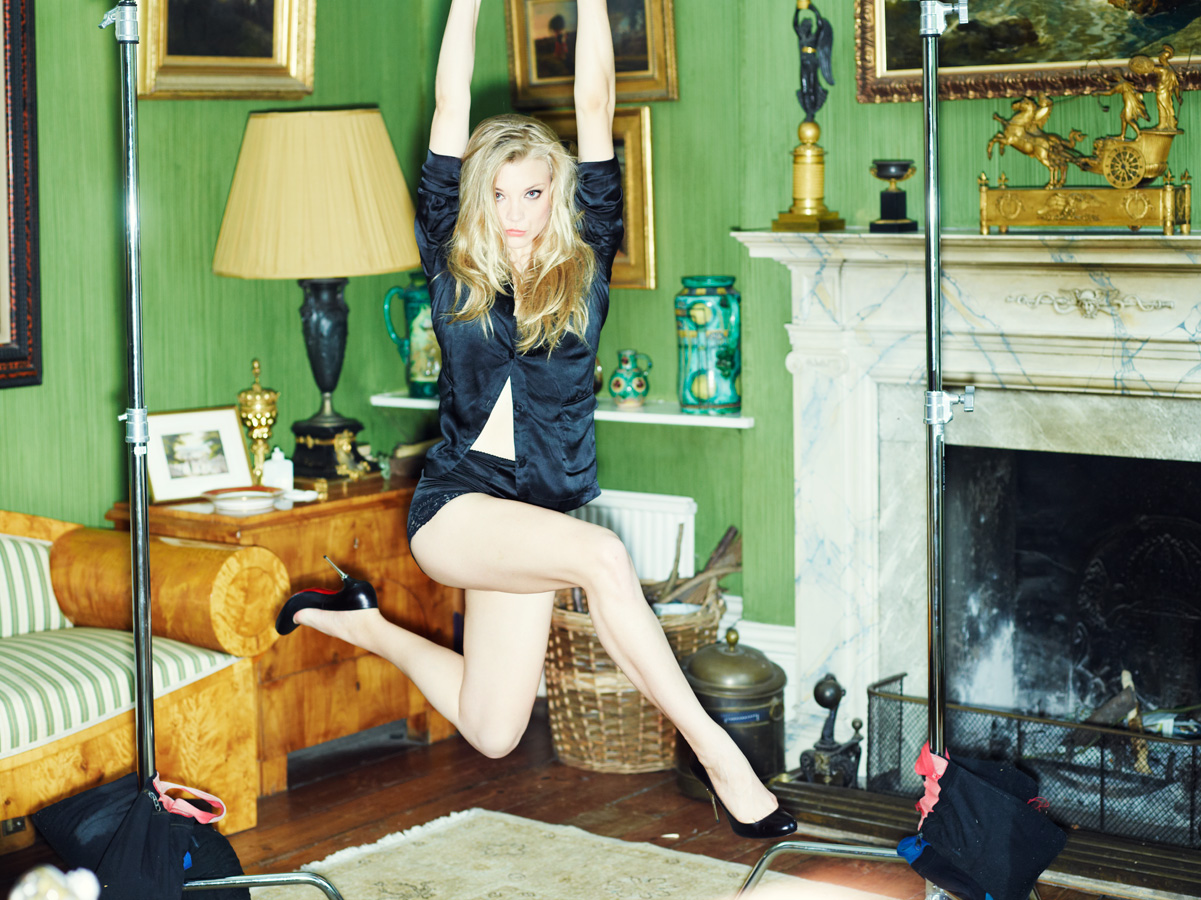 The idea for a short 2 minute film took shape almost immediately and I called my friend Max Olesker, one half of the genuinely genius comedy duo Max and Ivan, to ask him if he could write me a short script on the theme of Issac Newton, gravity and Newton’s famous third law which, formally stated, says that ‘For every action, there is always an equal and opposite reaction.’

As well as the scientific meaning of this there is also the karmic implication. You get back what you give. You get out what you put in. Et cetera, et cetera. 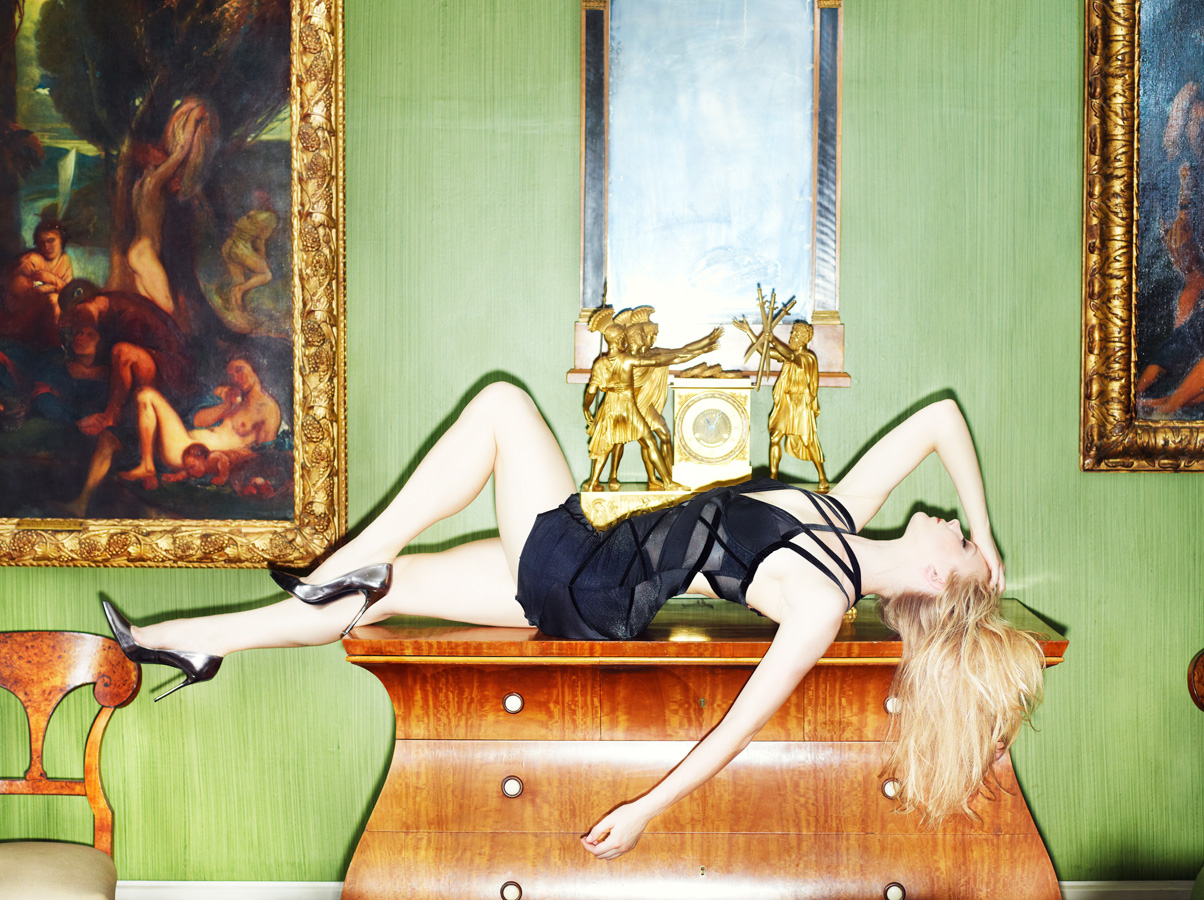 A day later Max sent me this script:

“In 1666 Sir Isaac Newton formulated the theory of gravity, when an apple dropped on his head.

At least, that’s the legend.

What actually happened was this; Sir Isaac was strolling through a Lincolnshire garden, with a friend, and they drank tea beneath the shade of an apple tree. As he looked on, Sir Isaac realised that, no matter what side of the world a tree might grow, it’s falling apple will always tumble towards the earth. Never sideways, never upwards – there must be a power, drawing the apple inexorably towards the earth’s centre.

He published his findings in 1687, in a book called The Principia, which defined the laws for bodies in motion. 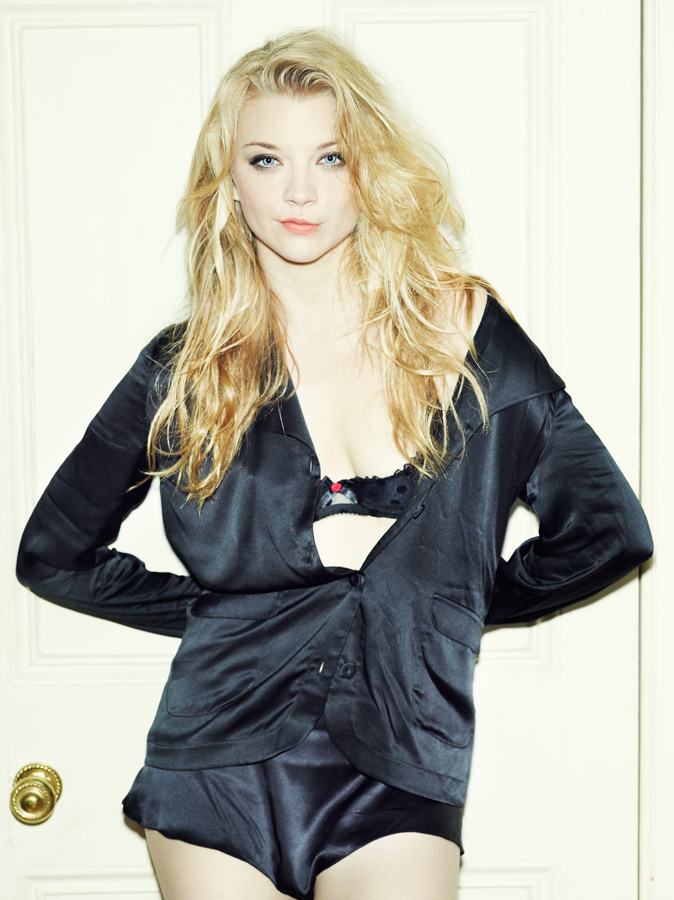 When Natalie arrived on the day of the shoot I asked her if she would be willing to do the film if we had enough time left. After glancing an eye across the script she agreed. My original idea was to have her speaking the dialogue to camera but she quite rightly pointed out that there was no way she would be able to learn it well enough in the time we had, so we recorded it as a voiceover with a couple of line ommissions and one line delivered to camera to jolt the viewer from the reverie of her filmic thoughts. After we finished the voiceover I spent a long time recording the sound of the hammock swinging and creaking. Barnes is right under the flight path to Heathrow airport so the longest period of pure silence I got was about 45 seconds before another plane’s screaming engines came roaring into the soundscape to screw up my celluloid dreams. That was clean enough though, and we looped it in the edit to provide a continuous metronomic rhythm to match the image of the girl idly swinging her life away on a lethargic summer’s day. 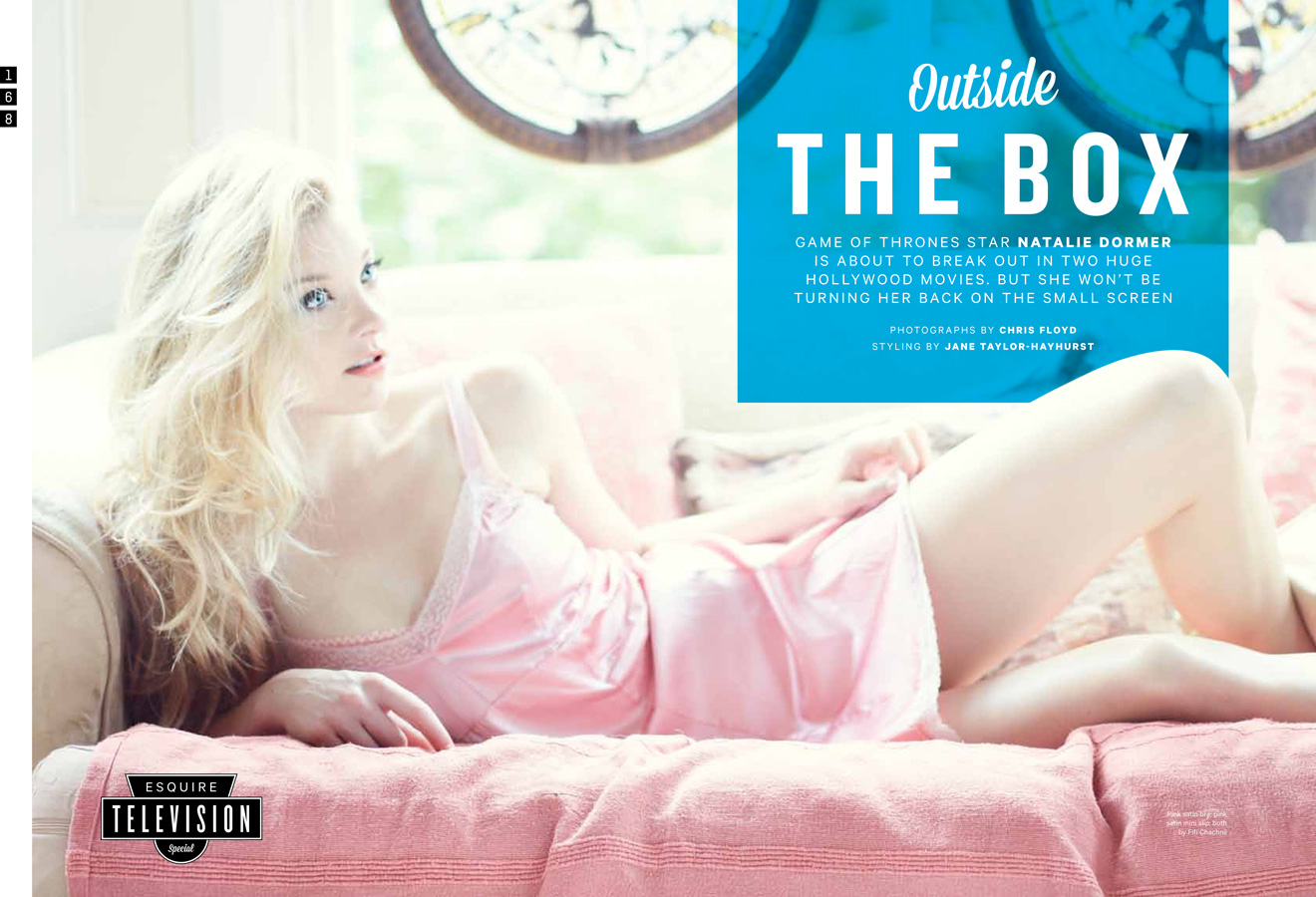 My favourite moment in the film is the way we see her in the hammock swinging from side to side and gazing upwards at the sky just as we hear her say the line “Never sideways, never upwards…..” the image matching the script.

I must also credit the beautiful work done by my team on the day: Styling by Jane Taylor-Hayhurst; Make Up by Arabella Preston; Hair by Ayo Laguda and my assistants Sarah Brimley and Andras Bartok.