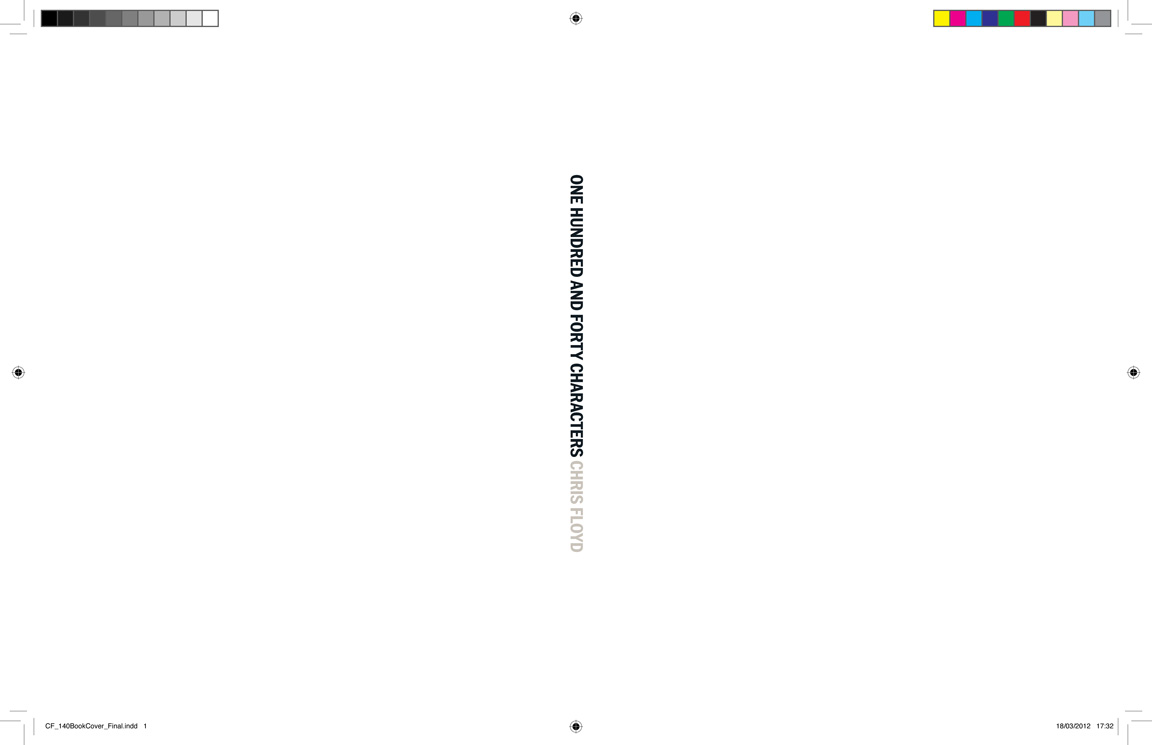 This feels like it will never end. While everybody else came to the party, stayed for a drink and left, I have been stuck in the room with all 140 of them for almost a year. It has taken me that long to gather up written pieces from as many of them as I can. Those that didn’t get back to me are too late. I tried, oh I tried. Nevertheless, over 120 people worked their brains to a pulp to give me something insightful, revealing, funny, thoughtful, worrying and optimistic on Twitter, photography, being photographed, 9/11, society, evolution and a thousand other things, as well as collectively creating an impression for future generations of what it means and feels like to be alive today.

The end result is a fantastic 172 page book, featuring written contributions from almost everybody who took part in my 2010/11 quest to photograph 140 of the people I follow on Twitter, as well as the portraits themselves. 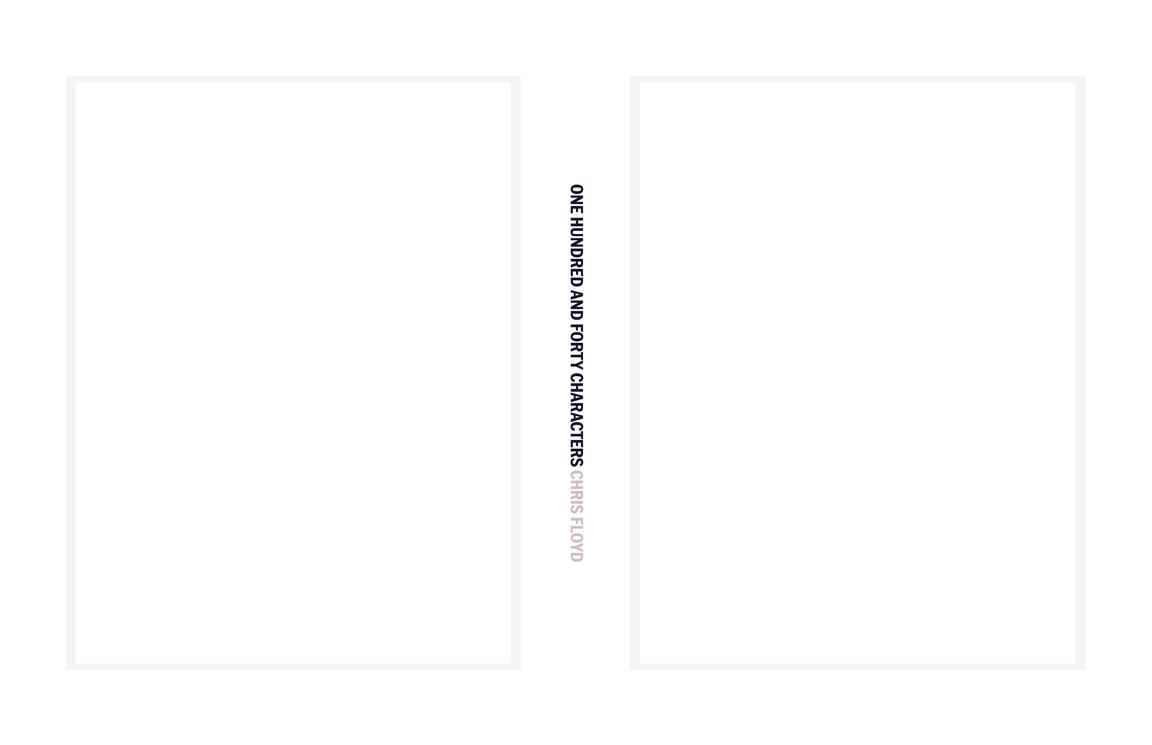 In all the talking I’ve done on this project over the last year, time and again I have come back to the role technology plays in making human lives infinitely more convenient, while at the same time conspiring to drive a wedge between us physically. This has been so ever since the invention of the telegraph. The overwhelming response to ‘One Hundred And Forty Characters’ has been positive. The trolls have been contained to an area the size of a trolley and I am convinced that this is because the people who have seen it have innately understood and recognised that deep in our make up we understand that we are pack animals. We need to meet, gather and be together in common cause. OFC is that writ graphically and simply, only made possible because of technology, a lever to allow the conversion of potential energy into kinetic energy.

This has happened in several phases and stages. One, I invited people to my studio via Twitter. Right there they are out of the Twitter window and through my door, in my face. I can see how tall they are, what they sound like, what sort of phone they’ve got, where they came from and on and on. Two, when the project ended there was an exhibition and about 100 of the 140 came to the opening night. This made real a physical manifestation of Twitter’s daily virtual world, where they could all get up in each other’s faces and find out the same stuff I did, but with added alcohol. Finally, all of them are brought together for posterity, into hard copy format, ink on paper, with their thoughts to stand beside them.

“It’s a confessional, a Samaritan, a water cooler and a soapbox all rolled into one.” 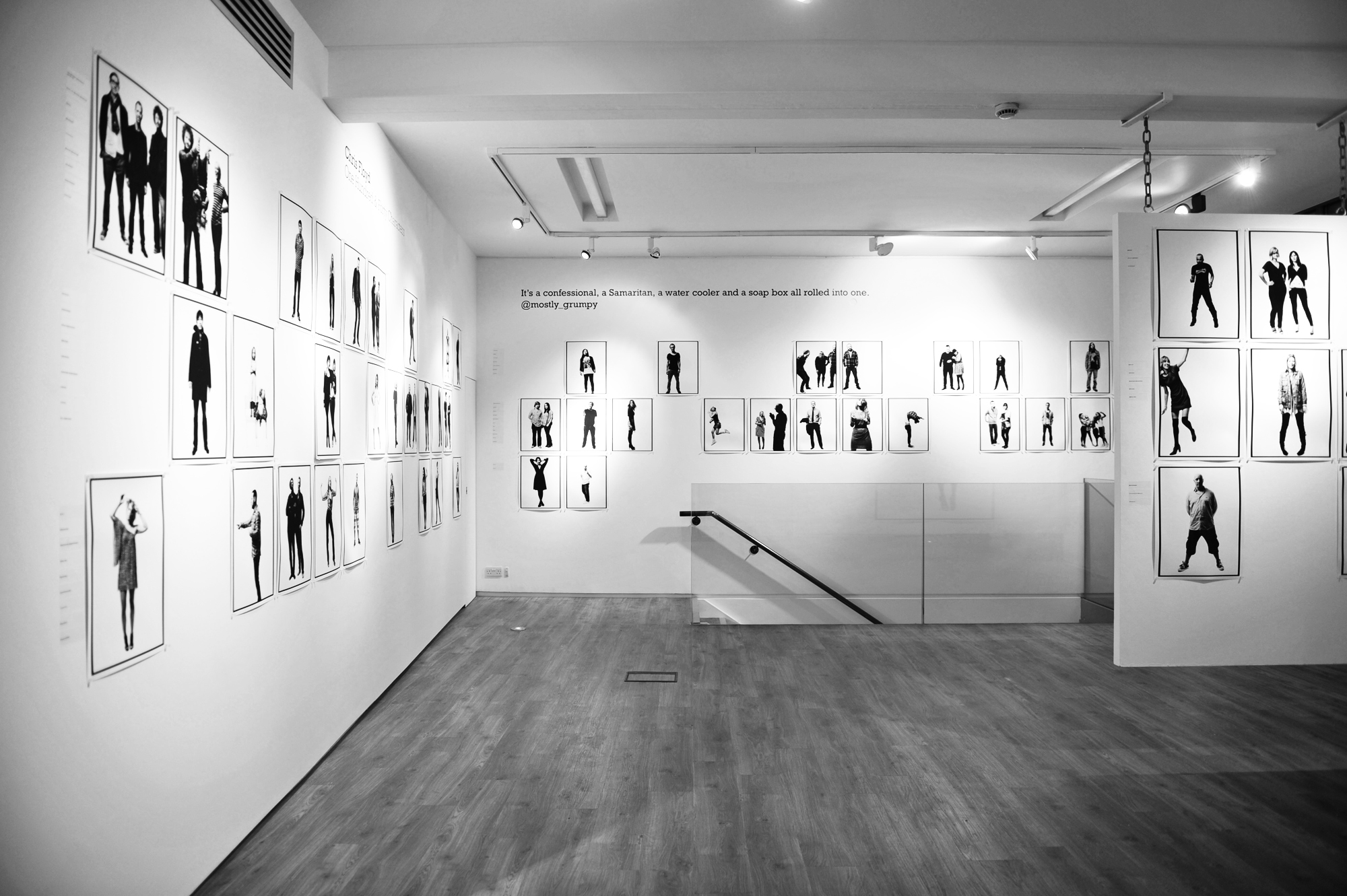 ‘One Hundred And Forty Characters’ at Foto8 Gallery, London – November 2011

As the years pass and we travel ever further into a world where online relationships will be nothing more than our daily reality, this combination of portraits and words will come to serve as a big old time capsule of what we thought social media was in its earliest days. Oh! how we will look back and laugh at our naiveté, I’m sure.

‘One Hundred And Forty Characters’ is available as a 172 page book, printed in England by F.E. Burman, in a limited edition format, on Fedrigoni Xper 140gsm with a blind embossed cover on Fedrigoni Xper 320gsm. Thank you to Wayne Ford for his beautiful design and art direction and also, Eleanor O’Kane, who proof read every single word and made the necessary corrections to the text.

Finally, here’s a video of the book’s text pages, with a voiceover by me, that took 14 attempts to nail. Lots to look at, lots to read, get yours today. Thirty years from now your kids will be staring at this in wonder thinking, “How did they live like that?”