When he arrived he told me that he doesn’t like to look at the camera when he’s photographed.

“That’s funny because I photographed Mike Leigh a while ago and he refused to do anything other than look directly at the camera. He said to have your photograph taken in any other way was ‘total bullshit.'”

“Hey! I tell you what. Let’s send a print of this to Mike and I’ll sign it ‘Hey Mike, to do anything other than look AWAY from the camera is the real bullshit!'” 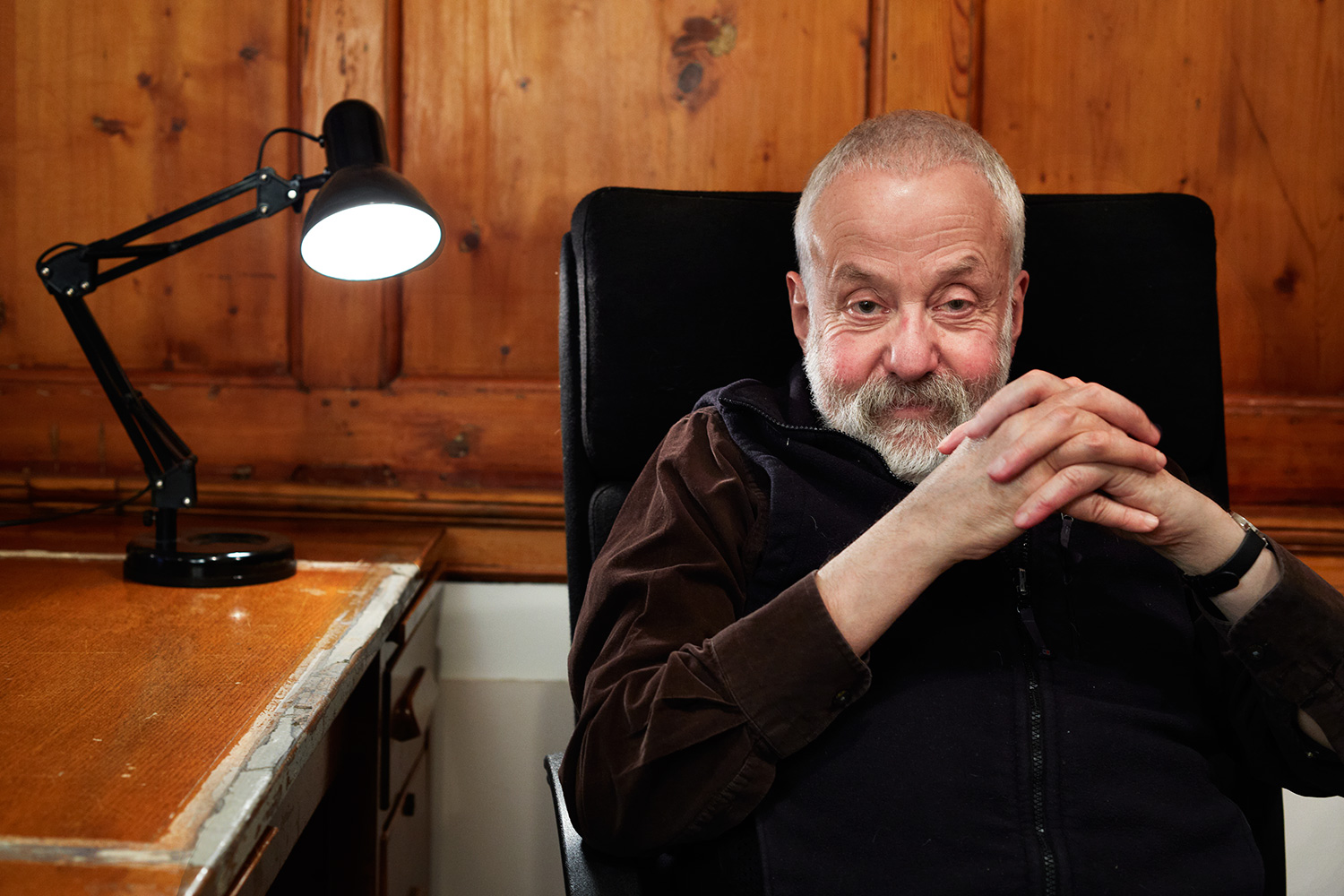