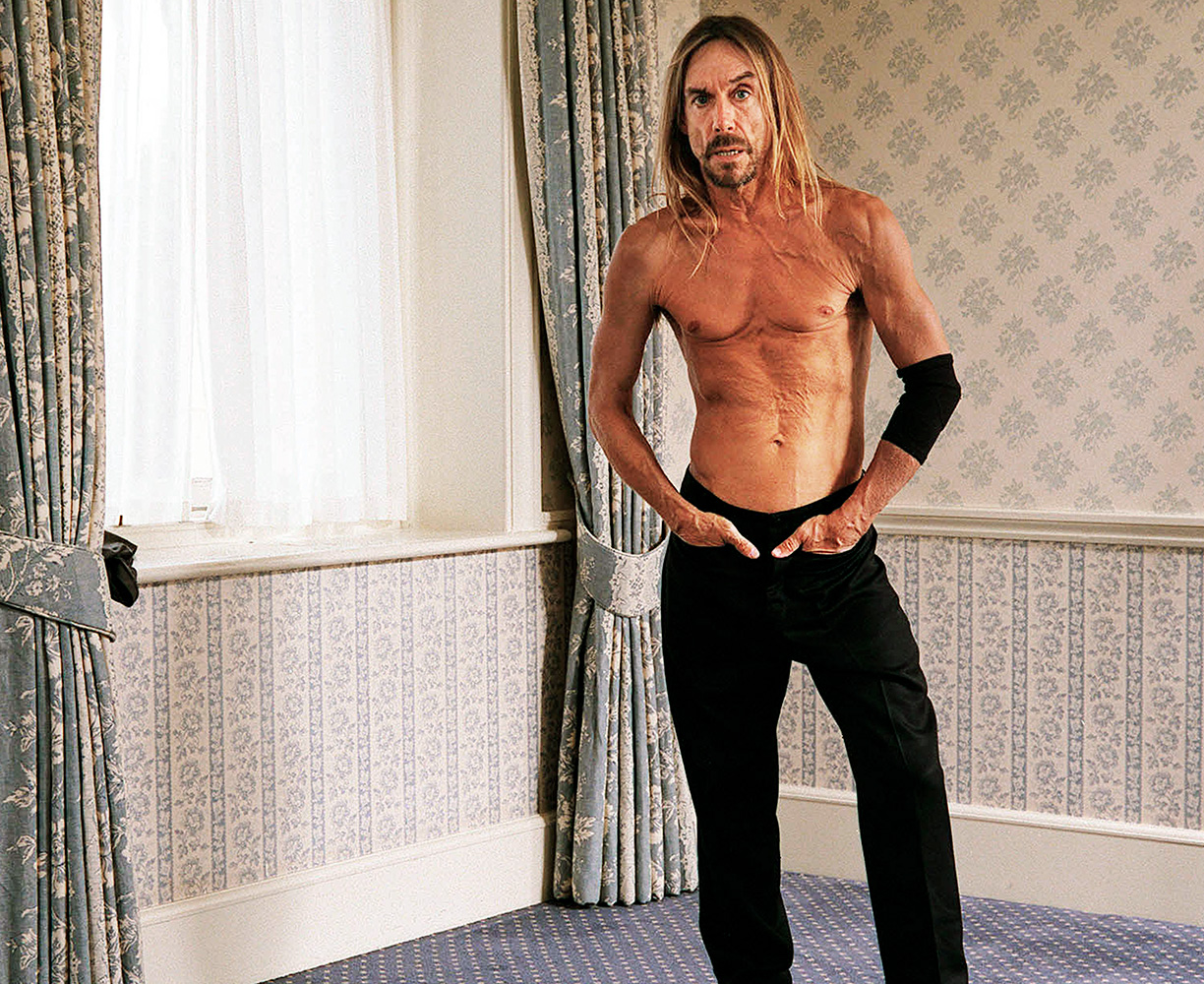 It is the high summer of 1999 or 2000, the Halcyon Hotel, London, W11, a resting place for stars of every stripe who have crossed the Atlantic.  For a certain type of  visitor, Notting Hill was still fixed as the neighbourhood of The Clash, Neneh Cherry, Ray Petri’s Buffalo crew, Marc and James Lebon rather than the soul vacuum of dull eyed cosmetic blandness it was rapidly transitioning towards, occupied almost entirely by people whose only real obstacle in life is the occasional encounter with a speed bump. People who when you ask them where they live reply, “Notting Hill, Monaco and Zurich this year.”

East London was not on their radar yet. Faraway and unimportant. Also, grim, depressing and filthy unless, that is, you were really into trekking across town to Charlie Wright’s International Bar & Grill for a late night drink.

Into this West London citadel of comfort comes son of Michigan, James Newell Osterberg Jr.  Black pants, white shirt, black boots. On my suggestion that he treat the room as a prison yard he begins to strut briefly before pausing to remove the shirt and commence a series of lunges which pull his already taut skin into something that could be patented as a new option for shrink wrapping luggage in airports.

A woman of indeterminate age and ethnicity has come to tell him something.

“I’m going out do some shopping. I’ll see ya in a couple of hours.”

Osterberg casually moves towards her, takes her face in one hand and gives her a kiss that I would describe as intimate, tender, threatening and long.

“See ya later, baby,” he offers, greed in his eyes.

Nothing more is said and she exits the room, whereupon he turns his attention back to me and resumes his strut across the lavishly carpeted prison yard.

I gesticulate back over my shoulder in the direction that she has gone.

“You wanna know something else?” he offers, conspiratorially.

Of course I nod, thrilled to be in on the scheme.

He beckons me towards him with a lazy waggle of a finger.

I move closer. Our heads are maybe 18 inches apart.

Iggy Pop drops his voice to a low end growl and drawls,

“I also have a really cool automobile.”