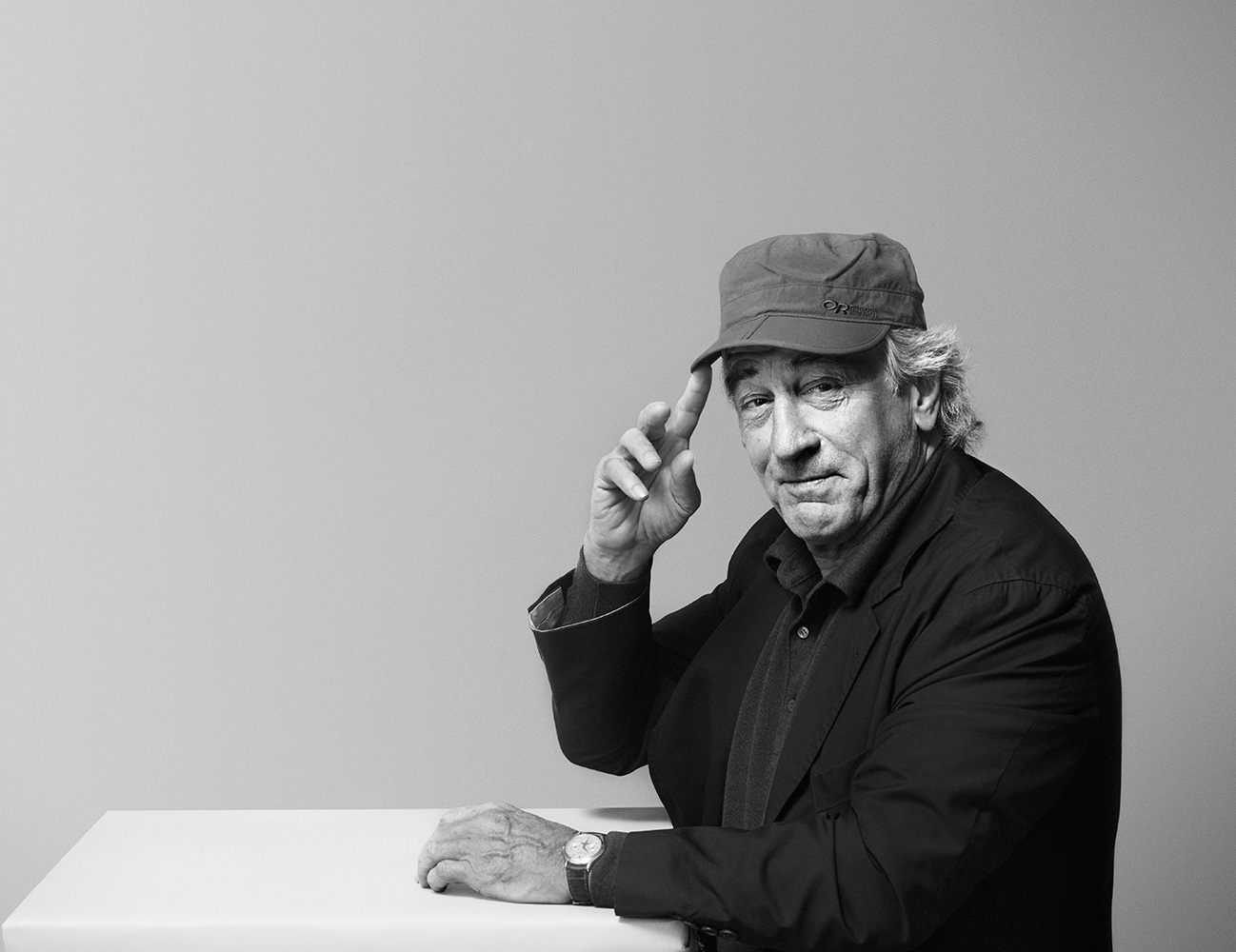 When he walked in I introduced myself to him but he never introduced himself to me. Just a short but not unfriendly “heyhowyadoin’”.  More of a statement than a question.  At a certain point during the course of the shoot he becomes distracted by a series of questions from one of his business advisors.  The clock is ticking so I have to say the guy’s name to get his attention and get him back to the matter at hand. But what do I call him?

For a good two minutes I’m turning it over in my head. The publicist had referred to him as ‘Mr de Niro’ but I thought I’m not going to call him that. What else? Robert? Bob? Bobby? Scorcese always calls him Bobby. We’re not at that level of familiarity yet, maybe I should split it down the middle? Respectful but not overawed.  So finally, I take the plunge and say it.