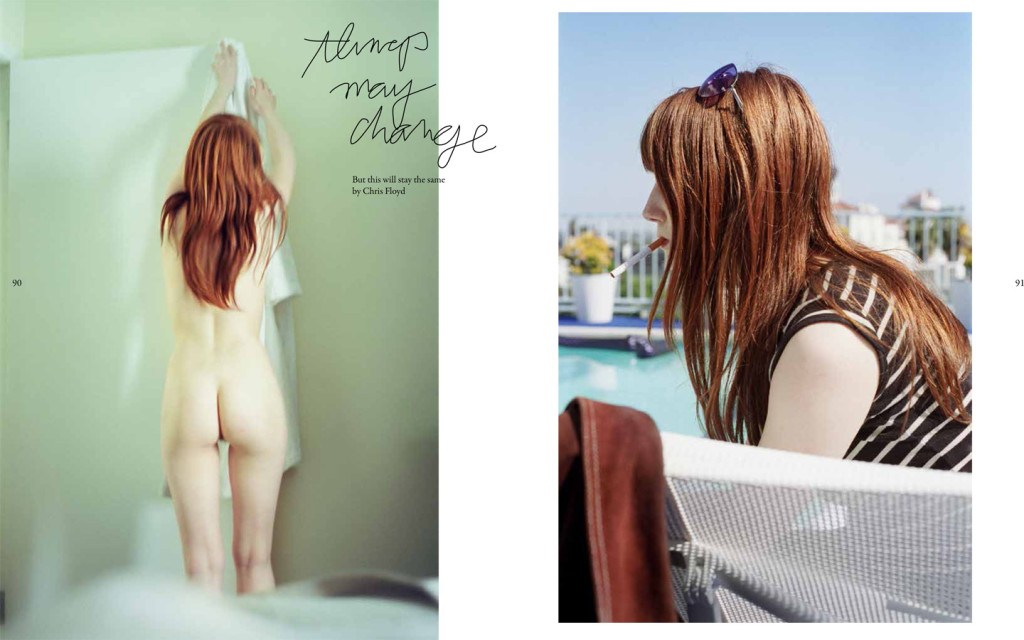 Two or three years ago I made a small number of books from a series of photographs that I took over a six month period in 2001. I titled the series ‘Things May Change But This Will Stay the Same’. I don’t really know why I called it that, it just felt right. It’s strange how some things one does can be explained in an entirely considered way, while others are utterly beyond the reach of explanation and there is simply no point in stretching one more inch in their direction.

The pictures themselves, I had forgotten all about them until I was re-organising my film and print archive after moving into a new studio in 2010. In a box was a handful of envelopes with negatives and contact sheets, all the pictures on them were of a girl I once knew with whom I had once fallen in love. I sat down on the floor right there and could not believe that I had let the memory of their existence slide to an outlying island of my mind. Immediately I could see the whole arc of my feelings towards her playing itself out in that slim collection, from beginning to end. 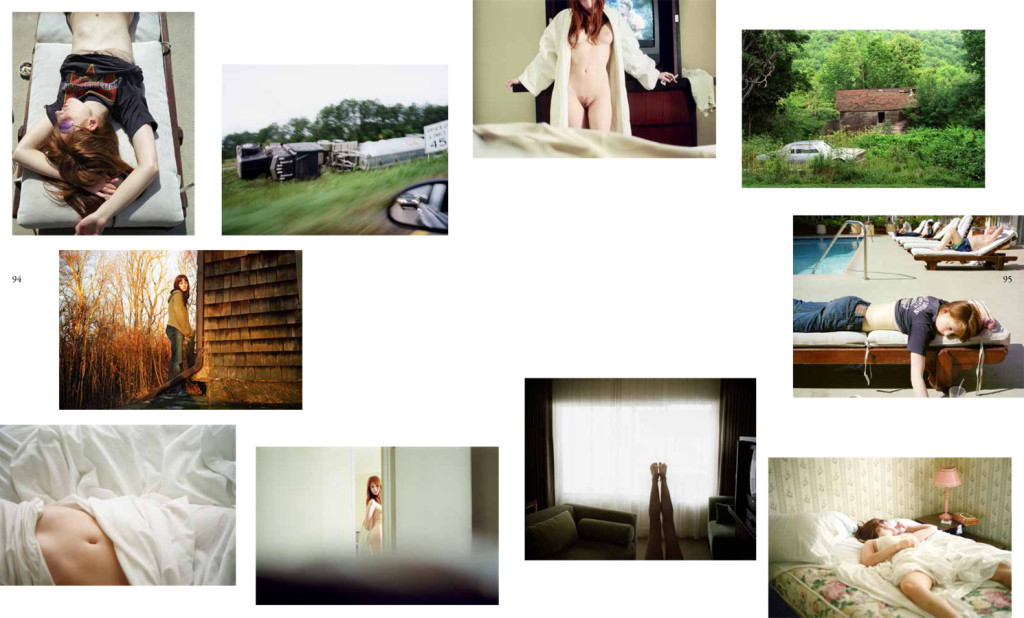 I’m not going to tell the whole story of us, other than to say that she was working in the film lab I used when I first moved to New York in October 2000. The first few times I had been in there we never spoke but every time I came in I was hypnotised by her presence in the corner of the room as she sat at her bench cutting and filing processed film into clear negative sleeves for the contacting guys in the darkrooms to make contact sheets with. Writing this now I can hear Talking Heads’ ‘Once In A Lifetime’ playing in my head. That’s the only way to describe the effect she had on me. She was the most beautiful girl I had ever seen. I was 32 and she was 22.

I wrote some text to go with the series and printed up fifty copies. I gave one to Lucy Davies, a picture editor at The Daily Telegraph and she showed it to Ruby Russell and Katherine Hunt who produce a beautiful magazine called Teller. They asked if they could reproduce some of it. The series seems to have struck a chord with a lot of people and I instinctively understand that the reason is that it tells the story of what it looks like when you fall in love with someone and how this can sometimes tip over into an infatuation that doesn’t always lead to a place where there’s much oxygen.

Below this picture is an extended version of the text that appears in Teller. 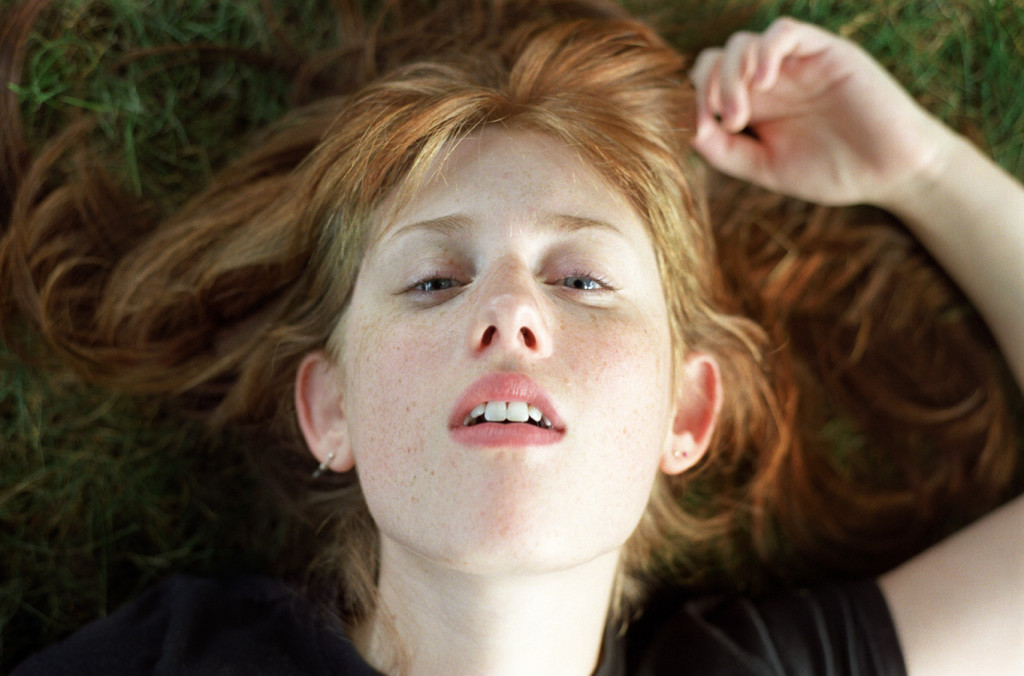 These photographs were taken a dozen years and two lifetimes ago. In America, different parts, through all the time zones, coast to coast. I am 44 now and married with two children, but not to the woman in these pictures.

I look at them for the first time since I made them and don’t see the girl that’s in them anymore. It doesn’t matter what her name is because I’m looking at an ideal of how I wanted love to be and remain, of how I saw a woman when I fell in love with her. This is love for the first time, shell shocked, stunned wonder that this thing, this person, has been put here, on Earth, in front of me, in my lifetime and has the emphatic power to make the time in my days go quicker, slower or nowhere at all. 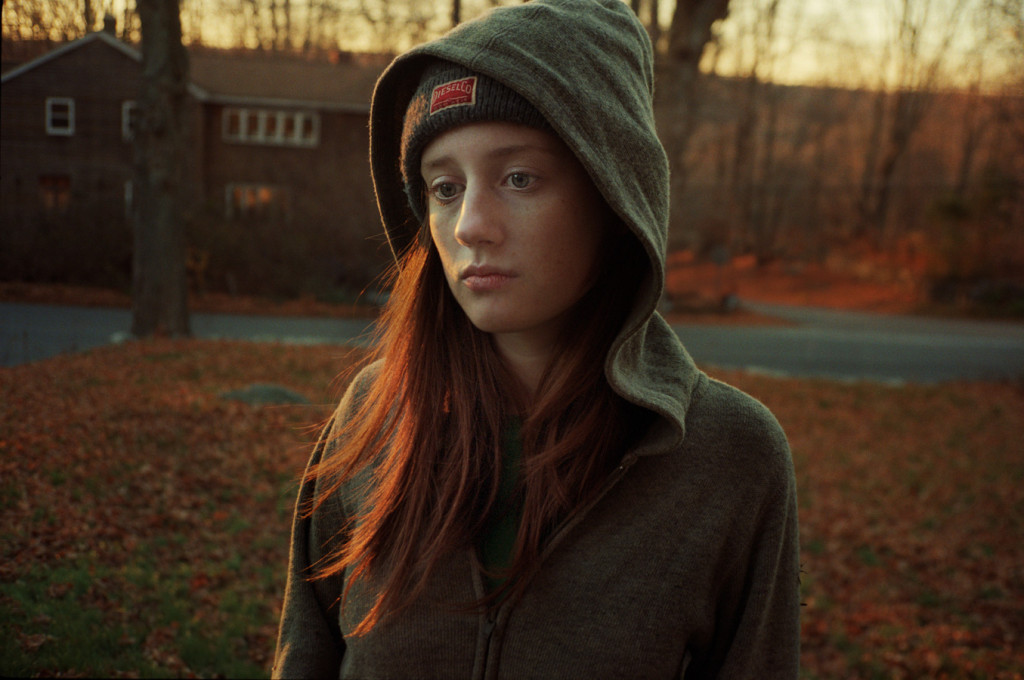 November 2001. A bleak time, living in New York. Fumes, dust, death hanging around. It’s in the air and the bones of the citizens of the city that never sleeps, hiding in, hiding out. Looking at these photographs, it’s obvious they are shot with a melancholic and listless drift that at the time was not apparent. A sense that the girl in them has entered a state of inertia, numbed dumbness caused by that cornflower skied morning in the concrete jungle where dreams are made. Is she waiting for the remnants of those events to catch up and finish her off? Or is she passively hanging on for something new to carry her out of it?

Only one way to address it. Get out and get on. Do the thing that made America what it is. Take to the road and find something new. A better picture somewhere else. Now I am seeing all this again for the first time in a long time and although some things may change, this will stay the same.

To see more of the series on my website then go here.

To buy a copy of Teller (issue 3) then go here. 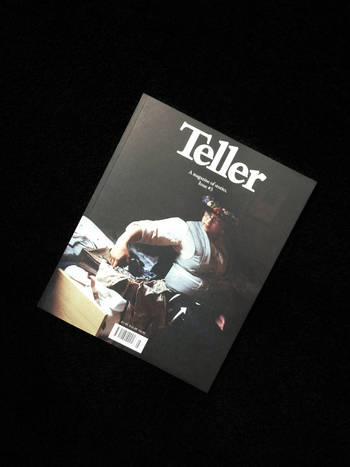