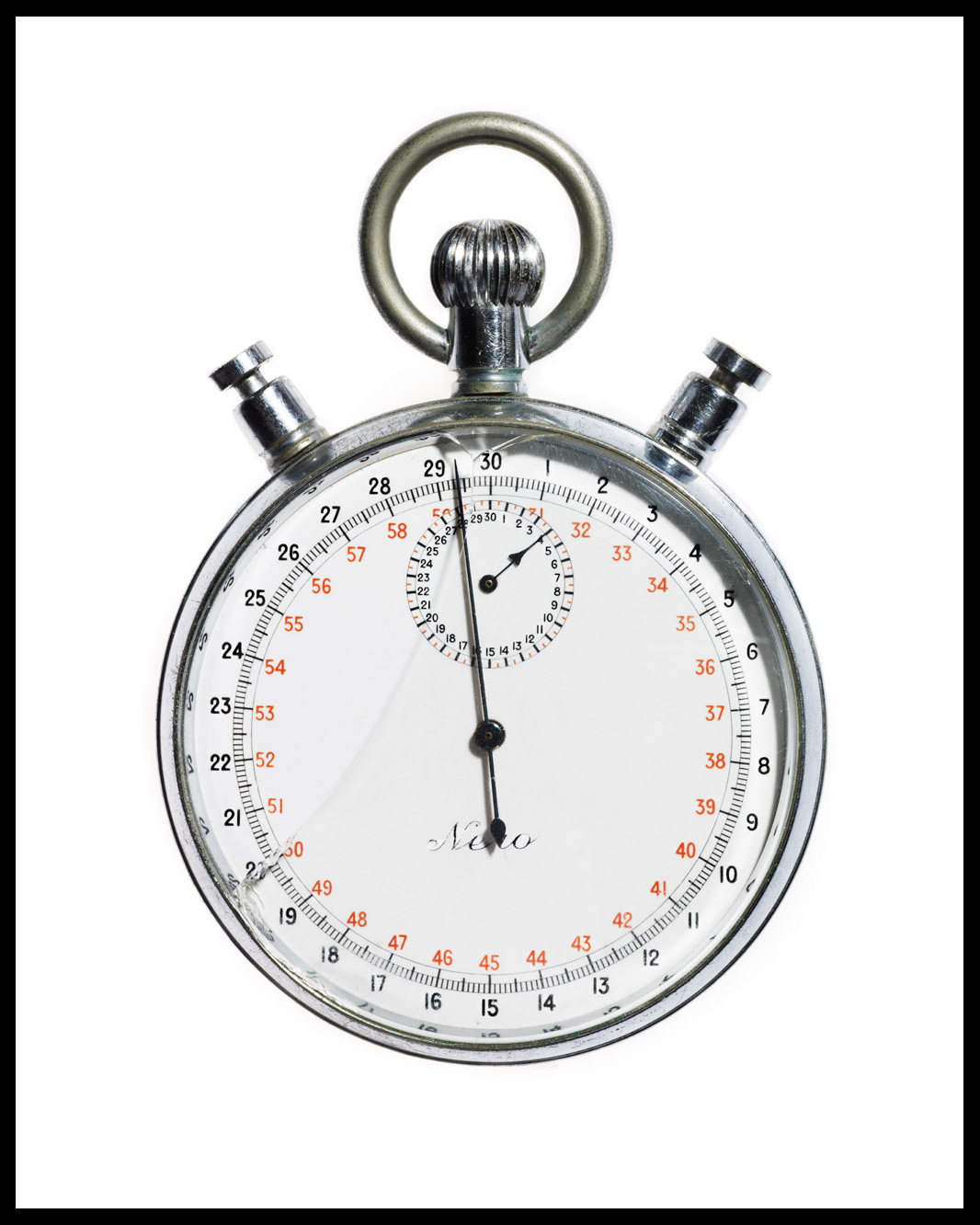 One of three stopwatches used to record the time of Roger Bannister’s sub-4 minute mile on the 6th May 1954.

Last year I was commissioned by ESPN Magazine in New York to go to Iffley Road sports ground at the University of Oxford, where, in a glass case, is the stopwatch that was used to record the time of Roger Bannister’s record breaking mile on the 6th May 1954. This was the first time the mile had been run under four minutes.

ESPN were preparing a photographic feature on great pieces of sporting memorabilia and my shoot with the watch was one of many others they had arranged.

There were actually three watches used that day, in the event of a breakdown or doubt. You could call it belt, braces and glue.The other two are now in private hands and this one is still the property of the club. The other interesting thing about the watches is that they are 30 seconds to a revolution, so the hand had to travel just short of eight complete circuits to do it’s job that day.

In the excitement, joy and pandemonium immediately after the race the watch was knocked from the timekeeper’s hands and the glass on the front cracked on impact. Part of it is forever missing and you can see that in the picture above. Bannister’s record breaking time is preserved though – 3 minutes 59.4 seconds.

The club secretary took the key to the glass cabinet that the stopwatch lives in out of his desk drawer, unlocked the door and handed the watch over to me. History in my hands, reassuringly heavy too, a wonderful thing. I set up my lighting and table top backdrop in an empty squash court and spent a lovely afternoon messing about with light, shadows and time.

After the story ran I was asked by the magazine’s then photo editor, Catriona Ni Aolain, if I could make a large print of it for the editor in chief. Of all the items they had photographed for the story, this was the one he wanted to hang framed in his office.